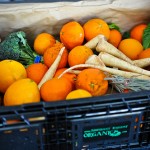 How to get fresh produce straight from the farm

“Greener Every Week” is my ongoing series in which I do one (cheap, easy) thing every week to make my home or lifestyle more healthy & eco-friendly. 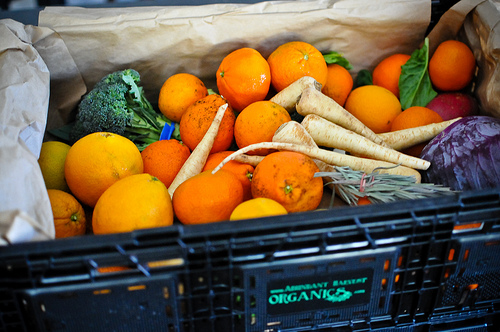 CSA stands for Community Supported Agriculture, and is basically a system wherein people sign up to get a box of various in-season produce (usually you can’t pick what’s in the box, it’s just whatever they have that’s in season) from local farmers. It’s a great system because it supports local agriculture, it gets you great organic produce (at least if you sign up for an organic CSA, I suppose non-organic ones might exist), and it’s not too expensive – most of the time you’ll get your food a lot cheaper than at the supermarket because the farmers know you’ve committed to buying their food in advance and they don’t have to pay the middleman.

If you’re in California allow me to recommend mine: Abundant Harvest Organics.  We’ve been using them for over a year now and they are really a great service – we get the big box of food pictured above (it’s 2 feet wide and 8 inches deep since it’s hard to judge scale in pictures) for like 35 bucks a week, and it’s all 100% organic and local. They also have a smaller box that’s about half that size and still holds a ton of stuff for about 20 bucks, which would be perfect for 2 people. I know we’re only 2 people but we really consume a ridiculous amount of vegetables.

If you’re not in California, you can probably still find a great local CSA via google, or check out LocalHarvest.org to find one near you. I know we are a bit spoiled with year round fresh produce in California, but you can at least get a spring/summer CSA in most places and it’s so worth it! It supports the good, organic small farms and it reduces store packaging and cuts down on shipping. It’s also a really great way to learn to use new foods you might not have picked for yourself – I’ve learned to cook with all sorts of veggies I probably wouldn’t have tried if they weren’t just sitting in my kitchen. 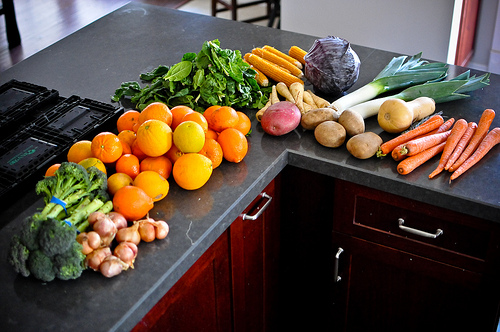 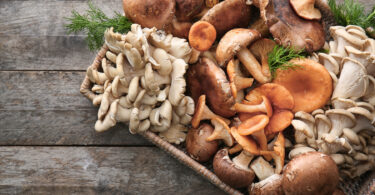 Looking to expand your culinary palate? Exploring different types of edible mushrooms is a great... 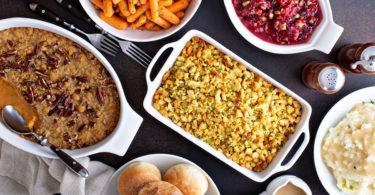 When it comes to Thanksgiving, it’s easy to think of Tofurky (or vegan meatloaf) as the main... 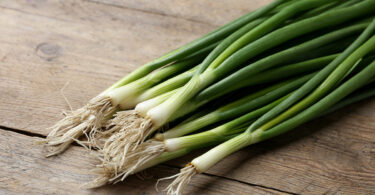 Not sure what the difference is between green onions vs scallions? It’s more complicated than you...