Make your own roasted red peppers 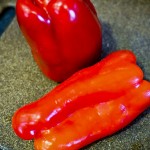 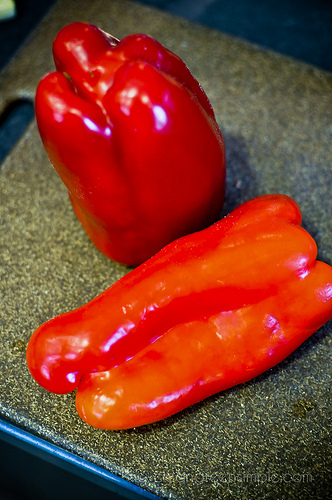 This is probably going to be one of those moments where people look at me and go “uh…yeah,” but I always thought there was something fancy about roasted red peppers. I don’t know, I see them at the grocery store in the little jars or on menus at fairly nice restaurants and it just seemed like they were something a little more elaborate than you’d normally make at home. Like sundried tomatoes or something.

Turns out, roasted red peppers? Made by roasting… red…peppers. It’s right there in the name. Really couldn’t be easier, and as usual, cheaper than buying them. Just slice your red bell pepper into four pieces (this also works with yellow, orange, green…you get the idea.) and slap ’em on a cookie sheet under the broiler, skin side up, for 5-10 minutes until the skin starts to get all black and blistery. You’ll start with this: 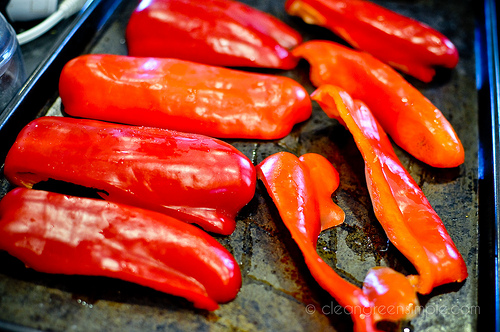 And end up somewhere around here: 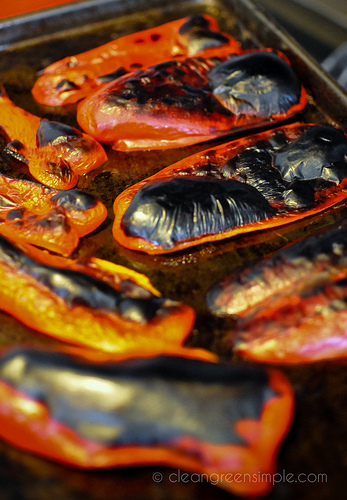 Let those cool for a minute until they’re not too hot to handle and just peel the skins off – they should slide off relatively easily. 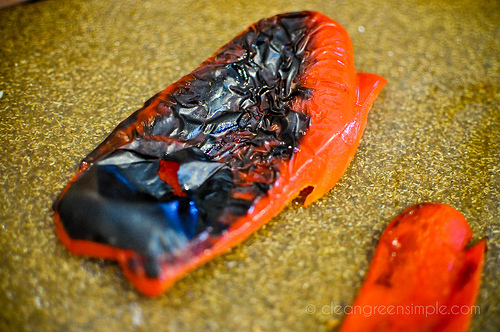 And you’ll end up with this: 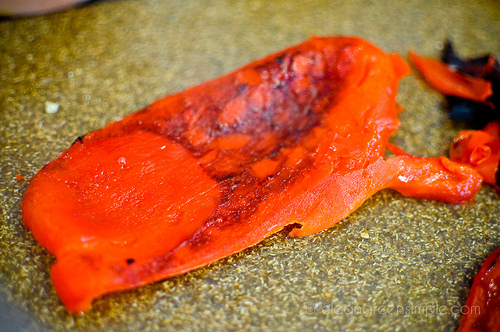 Ta-da! You’ve got a roasted red pepper. Yes, it’s really that easy, although everyone but me probably already knew that. You can of course take it a step farther and slice them into strips or whatever shape tickles your fancy. 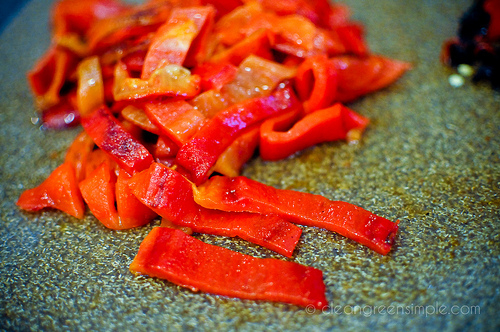 To make it even more efficient, you can make several at a time and store them for future use. You can either store them in a sealed container full of olive oil or you can lay them out on a cookie sheet, pop them in the freezer, and then transfer them to a bag or dish once they are frozen (this prevents them from sticking together) – once they’re frozen you can just take out however many you need each time. I prefer this method because they last longer and you’re not adding extra fat for no particular reason.

So…what’s something you’ve thought was complicated but then realized was super easy? Next you’re going to tell me you can make sundried tomatoes by drying them in the sun! Ha! 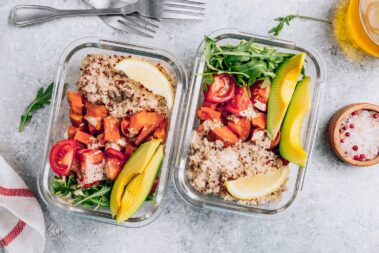 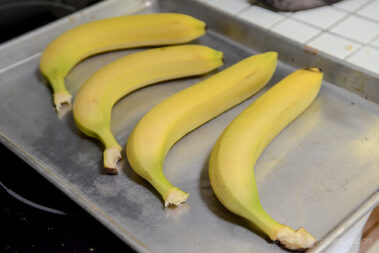 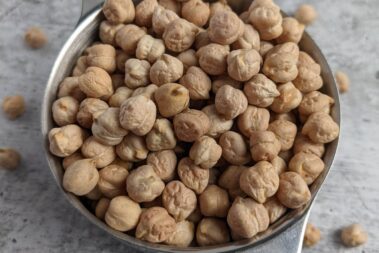 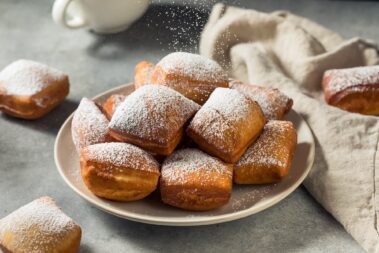 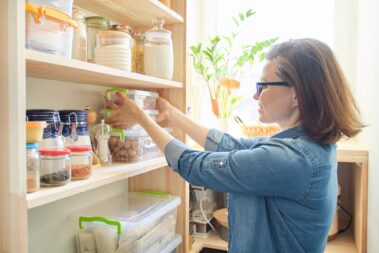