Evaporated milk is a common ingredient in many creamy soups, deserts, and sauces. Check out these great recipes for creating your own simple vegan substitute for evaporated milk at home. 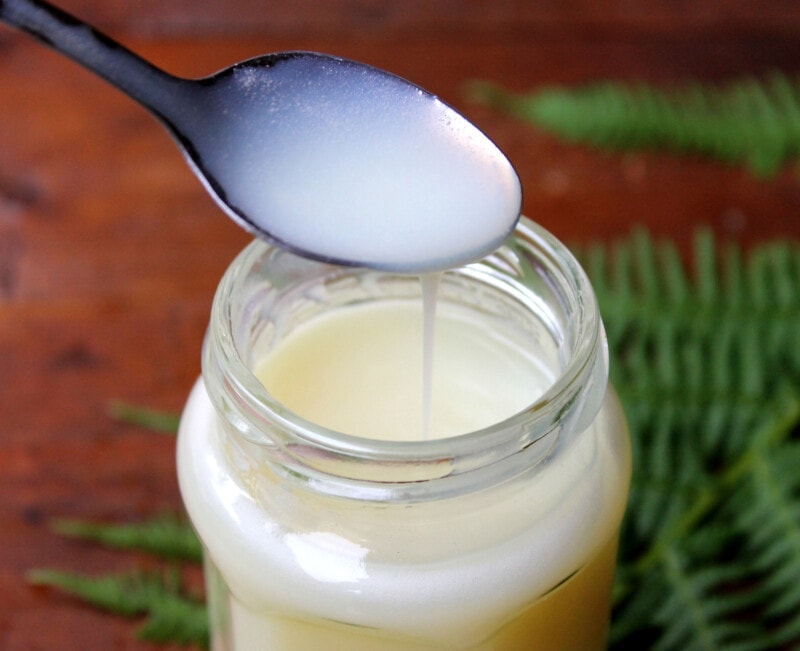 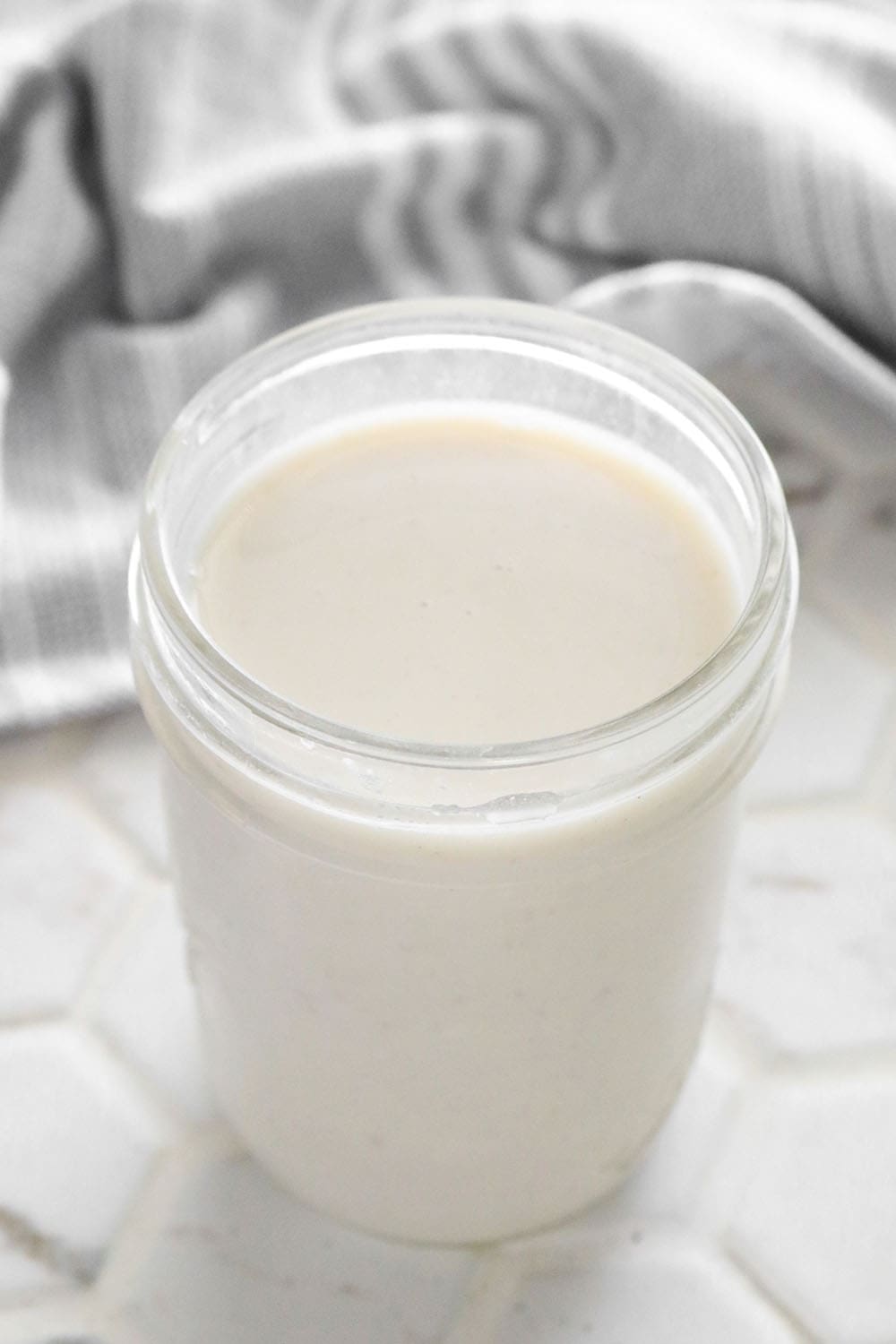 From the savory to the sweet, there are plenty of recipes out there that call for evaporated milk. This can be problematic for those of us trying to follow a vegan diet.

Luckily, there are a number of easy ways to make your own vegan evaporated milk substitute right at home.

We tested several recipes to find the best vegan substitutes for evaporated milk. These recipes are all easy to make and require ingredients you likely already have on hand.

As the name suggests, no, evaporated milk is not vegan. This canned product is made by exposing dairy milk from cows to high temperatures to reduce the liquid concentration by about 60%. This produces a thicker liquid that has more flavor than traditional milk.

Luckily, there are plenty of great ways to create your own vegan version of this product at home.

There are a few commercially available vegan evaporated milk substitutes out there. But these can be hard to find and are more expensive than they should be. Instead of wasting your time and money hunting for a substitute at the store, here are three easy and inexpensive alternatives to try out.

This is one of the simplest recipes we’ve found, but it does take a good deal of time to complete.

You can use the method outlined below with just about any type of non-dairy milk. However, not all types cook down as easily as others, and not all taste as good. For that reason, we recommend using almond milk when possible.

1. Pour the milk into a medium-sized pot and place it over medium heat. Bring the milk to a simmer.

2. Simmer for about 40 minutes, whisking the milk occasionally, until the milk reduces by about half.

3. Remove from the heat and let cool slightly. If you’d like, strain the evaporated milk to remove any film that might have formed on top.

Be sure to use the evaporated milk as soon as it is done, or put it in an airtight container and stick it in the fridge for up to one week.

One of the simplest ways to substitute for evaporated milk requires no cooking or preparing at all!

Lite canned coconut milk has a thicker texture than most plant milks and a sweetness level that is similar to evaporated dairy milk. This makes it the perfect non-prep, one-to-one substitute for evaporated milk.

This method works best in sweet dishes, curries, and other dishes where that hint of coconut flavor won’t be too noticeable. But I have also used it to create an amazing savory potato soup. For these dishes, just up the garlic, onion, and spice levels a touch to drown out that extra flavor.

Another super simple substitute for evaporated milk is to use rice milk powder. This option is especially good if you only need a small amount of evaporated milk or are in a hurry and don’t have any canned coconut milk on hand.

This recipe works with most types of powdered vegan milk varieties, but our favorites to use are rice and soy milk. Both are easy to work with, fairly easy to find, and have the most milk-like flavor.

Use the vegan evaporated milk immediately or store it in the fridge for up to one week.

The two products are made using the same process of heating dairy milk, but sweetened condensed milk has sugar added to it before it is canned.

This sweeter version is popular in many dessert recipes, as a tasty addition to coffee, and as a sweet treat. Evaporated milk, on the other hand, is common in a wide variety of dishes from sweet to savory. It can also be added to smoothies and coffee as a thickening agent and to add just a hint of sweetness.

The Best Recipe to Use

The best evaporated milk recipe to use is the one that doesn’t require a special trip to the grocery store. Since most of us usually have some plant-based milk on hand, this is our go-to recipe. It works with any type of plant-based milk. Enjoy! 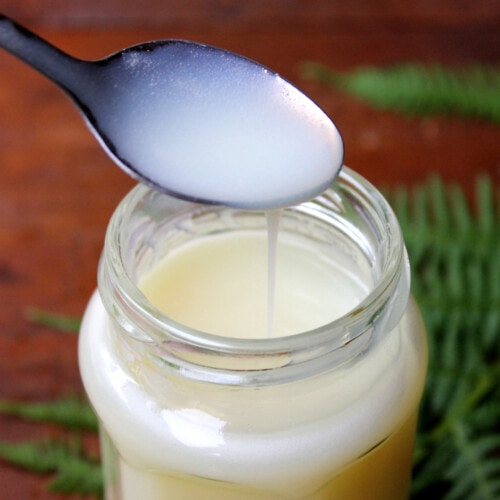 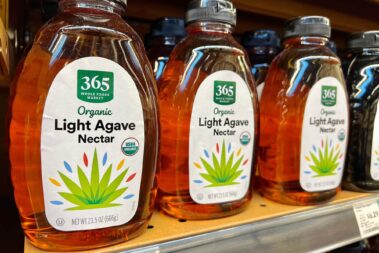 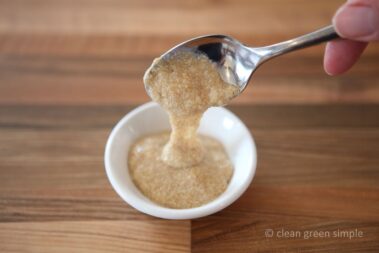 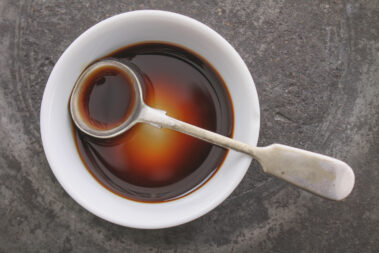 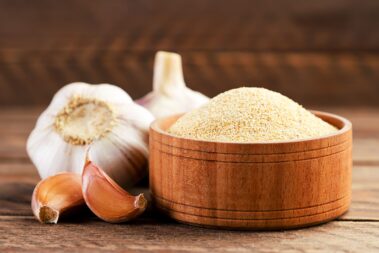 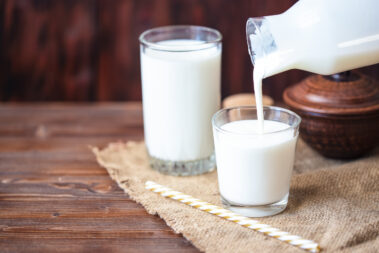