It’s easy and healthy to make your own vegan marinara sauce from scratch! 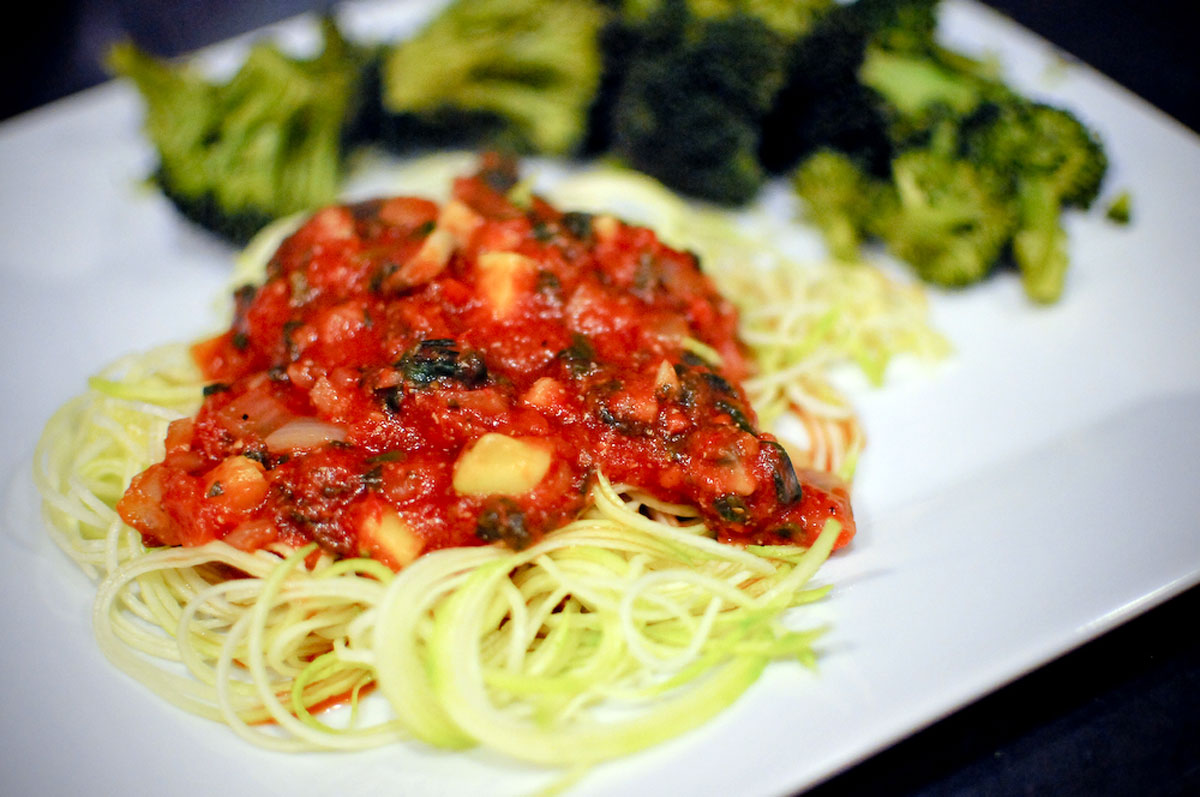 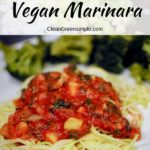 I learned to make my own marinara sauce a couple years ago and I haven’t bought a jar of pasta sauce since – and this was before I was even worried about eating all that healthy! It’s just as quick and so much fresher tasting to make your own, and you can customize it however you like.

First, just dump a can of crushed tomatoes in a pot and start that simmering over medium-low heat. While it’s warming up you can chop up whatever other veggies you’d like – for this particular recipe I used zucchini, mushrooms, onions, some fresh tomatoes, spinach and garlic. 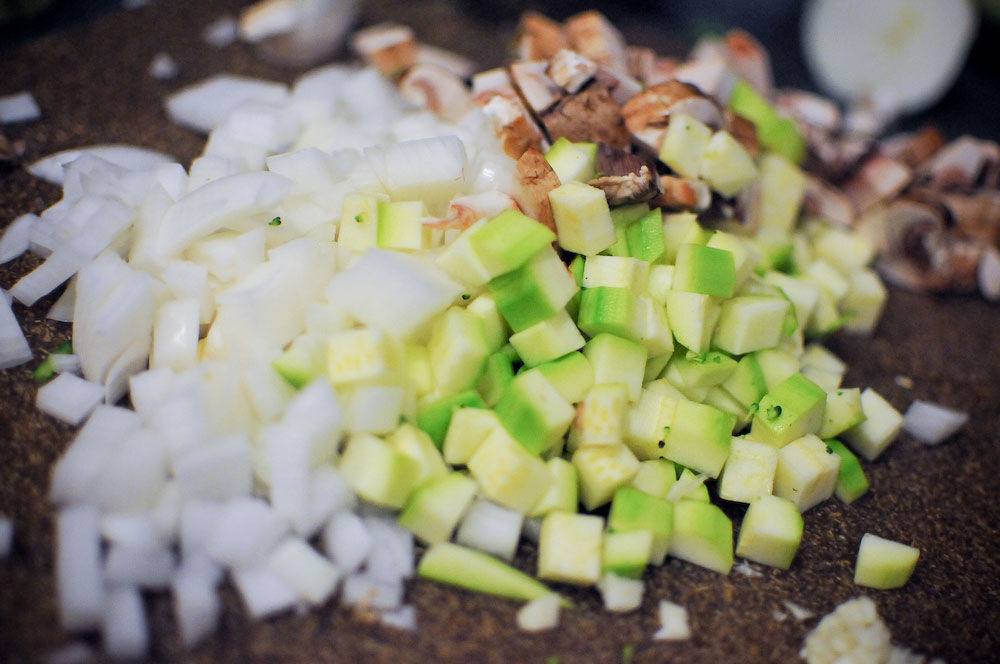 Throw the chopped tomatoes in with the crushed ones to let them get their groove on, and then if you are using spinach just let it wilt in a medium saucepan over medium heat for a couple minutes.  Once it’s nice and wilted, throw all the other veggies together in that same medium saucepan over medium heat until they are soft and just slightly browned.

Then if you want to be the valedictorian of vegetables you can serve it over zucchini noodles with a side of steamed broccoli.  That’s a big plate of delicious food with half a dozen different veggies and goodness knows how many vitamins for about 200 calories and no fat. Of course, you could also serve this sauce over regular noodles but then you’re on your own with the calorie counting. 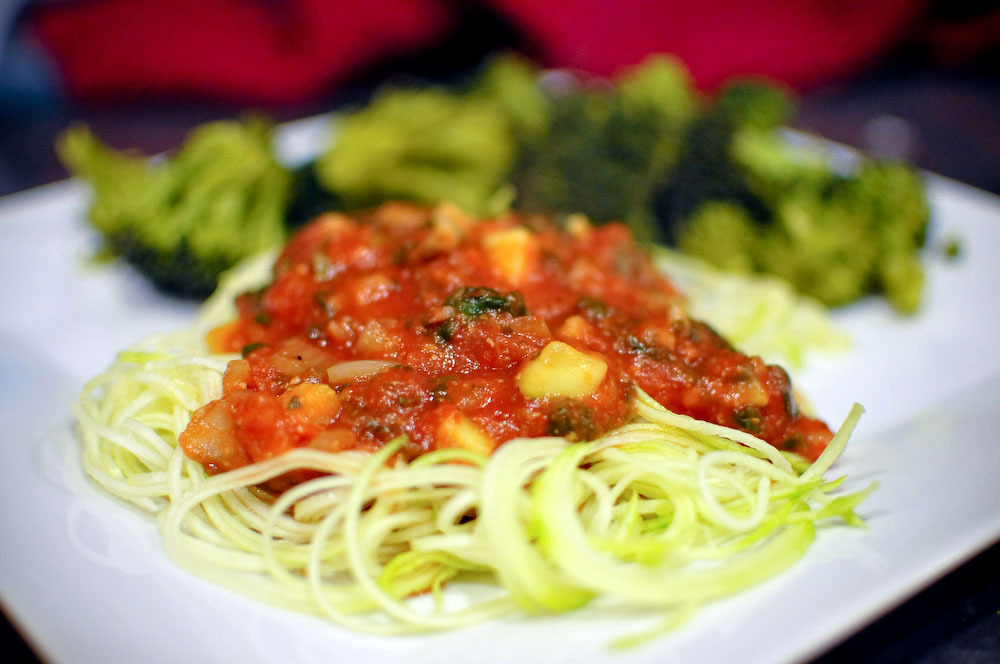 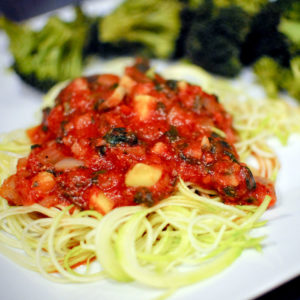