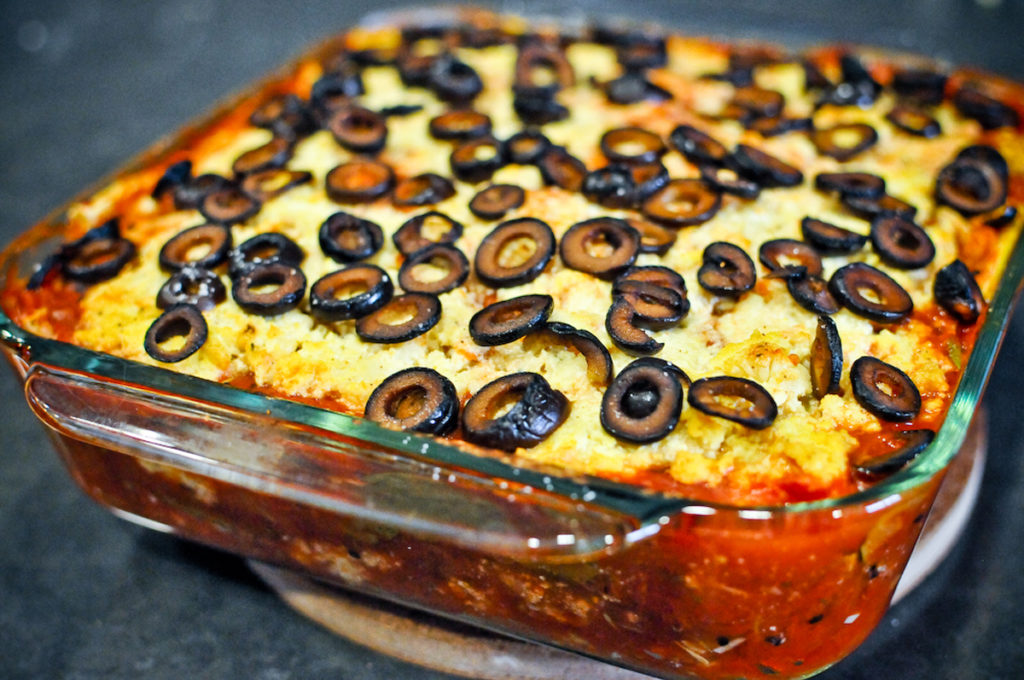 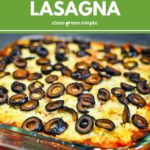 Any Weird Al fans out there remember his song “Lasagna,” that parodied “La Bamba?” I get that song stuck in my head whenever I make lasagna. Such is life when you’re a giant nerd, but there’s worse things in the world.

Moving on. This lasagna is not only vegan, but gluten free and low fat and just generally smug about how nutritious it is. Instead of ricotta cheese it has a tofu and cauliflower blend, and instead of noodles it has strips of eggplant and zucchini. After writing that I realize that to many people those substitutions probably sound sort of awful, but you’re just going to have to take my word for it that this actually does taste like a nice hearty lasagna. Or make the recipe and report back that I’m crazy, whichever you prefer. 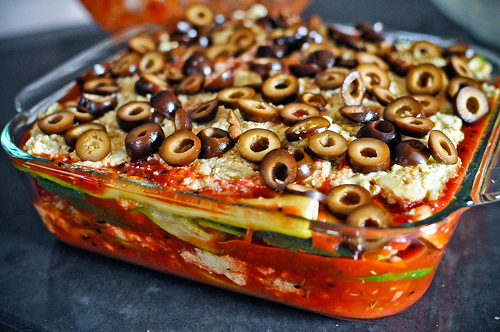 It does take a little while to make (maybe about 1 1/2 hours total, including 45 minutes cooking time) but that’s pretty much par for the course with any lasagna. I actually felt like this came together faster than most lasagnas I’ve made, vegan or not. It makes enough to fill an 8″x8″ pan pretty full, so that’s about 4-6 servings depending on how Garfield-like you’re feeling.

So first you just peel and slice 1 medium sized zucchini and 1 medium sized eggplant. You could use a mandolin if you’ve got one, but I just used a regular knife and tried to get them as thin as I could. These will be your “noodles.” Roast them on a cookie sheet under the broiler for 2-3 minutes on each side. Then roast a chopped up head of cauliflower for 10 minutes at 450, then flip and roast for another 15.  While that’s going down, crumble up a package of tofu in a large bowl until it has the texture of ricotta cheese. Mix in a bit of nutritional yeast, some lemon juice, and when the cauliflower is done throw that in too and mash it all together. I used an immersion blender to get it nice and smooth.

Then you get to do the layers! Here’s a photo breakdown of the assembly steps:

It goes: Sauce, “Noodles,” “Ricotta,” mushrooms, spinach, sauce, noodles, ricotta, mushrooms, spinach, start to get a little nervous that this isn’t going to fit, sauce, noodles, more sauce, breathe a sigh of relief because it actually did all fit, ricotta, then a nice thick layer of olives to give it a little salty kick. You could also use thin slices of fresh tomato on top if you don’t like olives.

Then just bake it at 350 for 40 minutes or so until it’s browned and bubbling. 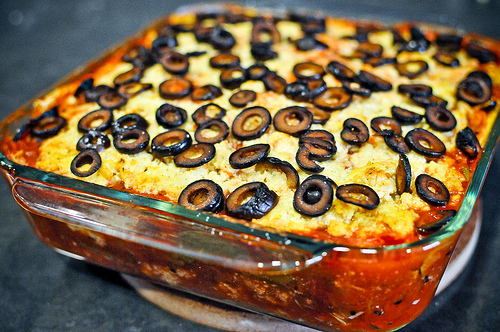 I don’t have a photo of the final serving on a plate because I can’t cut and serve a nice looking square of lasagna to save my life (vegan or regular, doesn’t matter, I have a lasagna serving handicap) so you’ll have to just imagine what it looks like sliced up and served.

The lasagna recipe is from Appetite for Reduction but I swapped out the regular noodles for eggplant and zucchini noodles. You could, of course, use regular noodles. Or just eggplant or just zucchini if you only want one or the other.
Click stars below to rate, or leave a full review in the comments
6 Ratings
Print Rate it Now Pin Recipe SaveSaved!
Course: Main Course
Cuisine: Italian
Keyword: gluten free vegan lasagna
Prep Time: 45 minutes
Cook Time: 40 minutes
Total Time: 1 hour 25 minutes
Servings: 6 people
Author: Jessica Verma 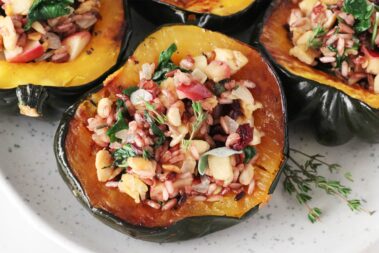 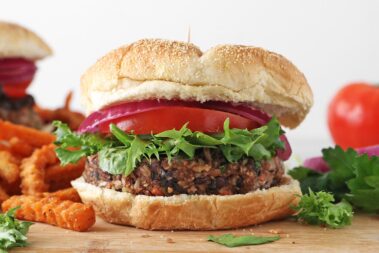 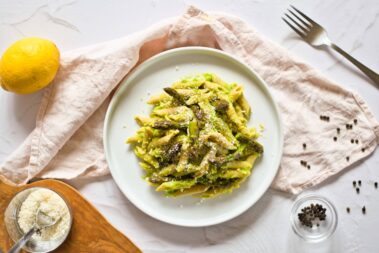