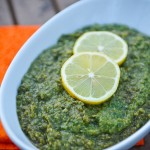 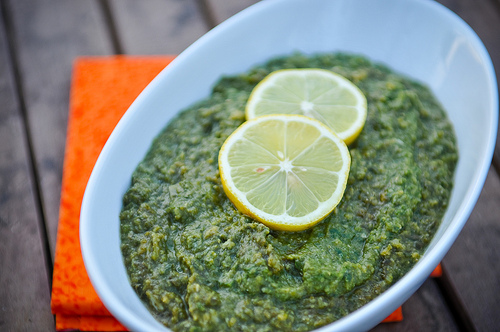 This is a thick, creamy soup that really satisfies any spinach cravings you might be having. I’m assuming I’m not the only one who craves warm, garlicky, wilted spinach? It’s so good! Plus spinach is loaded with all sorts of good vitamins so this soup will definitely help you fill your leafy greens quota for the day. It’s also pretty quick and easy, which is always nice.

Take a pound or so of spinach and rinse it well, then throw it in a big pot over medium heat, stirring occasionally, until the spinach has wilted down nice and soft. Remove from the pot and set aside.

In that same pot, heat up some onions and a bunch of garlic until softened and just starting to brown. Add two (drained, rinsed) cans of chickpeas and about 2 cups of vegetable broth, along with the wilted spinach. Add two tablespoons lemon juice, a teaspoon or so of salt, and a teaspoon or so of tahini (this is optional – if you don’t have tahini around it’s not worth buying a jar just for this). You can also add black pepper to taste.

Heat until the broth starts to boil and then either use an immersion blender or transfer to a regular blender and puree it until it’s nice and smooth. This would go great with some nice crusty bread! 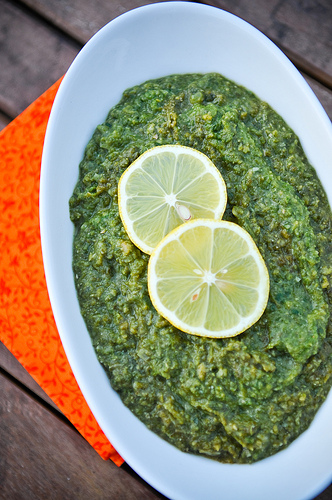 Anyone else get weird vegetable cravings sometimes? I also really want brussels sprouts a lot. Beats craving sugar and junk food, though! (Not that I don’t crave those sometimes too…)

This makes 4-6 servings and is vegan, gluten & soy free.

Wilt spinach in a large pot over medium heat. Once it is wilted down remove & set aside. In the same pot, heat onion & garlic over medium heat until softened and slightly brown, about 7-8 minutes. Add chickpeas, broth, lemon juice, tahini, salt & pepper and bring to a boil. Once it is heated through, blend thoroughly until creamy and serve. 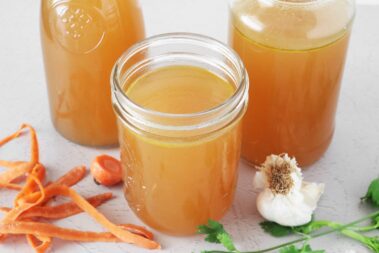 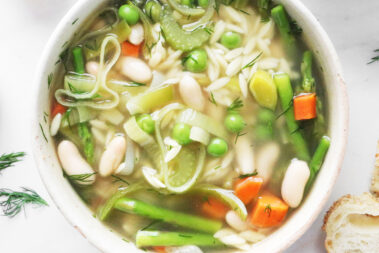 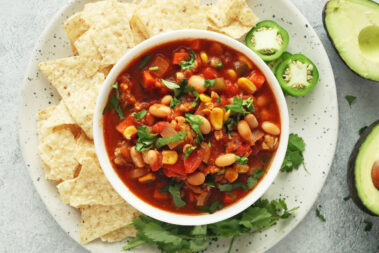