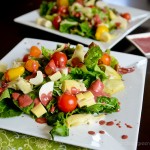 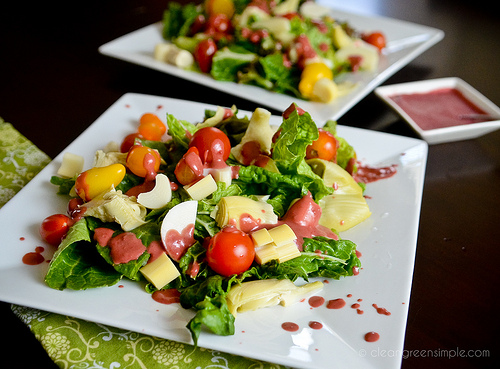 This salad was inspired by one I got at Trader Joe’s, and is wonderfully light but with enough flavor and heft to it that it feels like a satisfying meal. And it’s super easy to throw together – the most work is the vinaigrette which takes all of two minutes with a blender or food processor. I don’t even have process photos because there’s nothing to it other than “Add stuff in blender. Blend. Put salad ingredients on a plate. Drizzle with dressing.” I feel pretty confident that you guys can handle this. 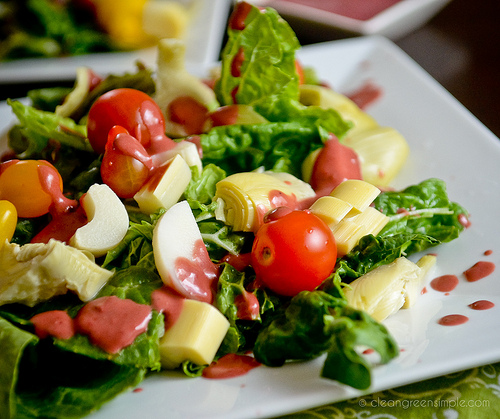 I actually tried two different vinaigrettes, a raspberry one and a blueberry one, and they were both quite good – the blueberry is a little more sweet and unique, but the raspberry is has a great subtle flavor. I think I preferred the raspberry on this salad, but only slightly. And they look virtually the same (raspberry is in the front, blueberry in the back): 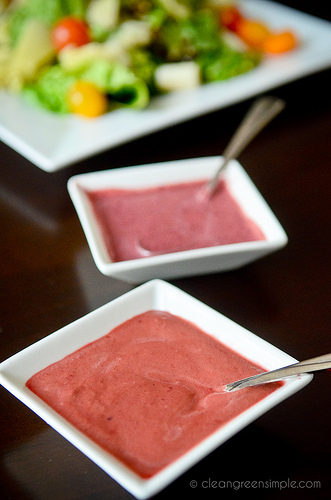 The rest of the salad consists of whatever greens you’d like – I used a mix, but I think baby spinach would be fabulous too – topped with quartered artichoke hearts, hearts of palm (have you had these? I hadn’t really tried them much but they are so delicious! They are very similar in flavor to canned artichoke hearts) cherry tomatoes, and of course the vinaigrette. 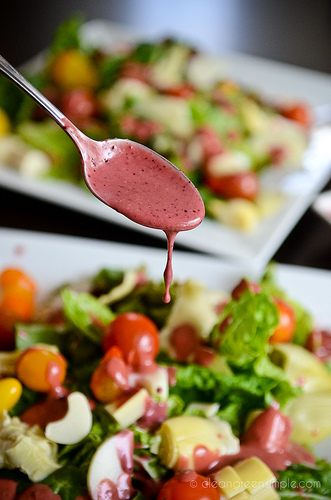 Being a salad and all, you can of course add whatever you’d like – cucumbers, mushrooms, shredded carrot, slivered almonds or walnuts…really loads of things would be good. This recipe makes enough for two salads, but only uses half a can each of artichokes and hearts of palm – you can of course use only one or the other, make four salads, or save them and make this awesome artichoke spread! Or you can of course just use the vinaigrette recipes for whatever you’d like – this only makes a little less than 1/4 cup, so if you’re making salad for more than one or two people you’ll want to double or triple it.

For the raspberry vinaigrette:

For the blueberry vinaigrette: 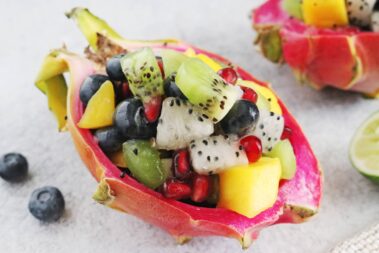 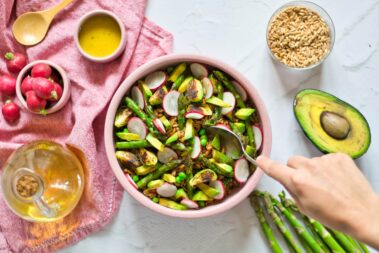 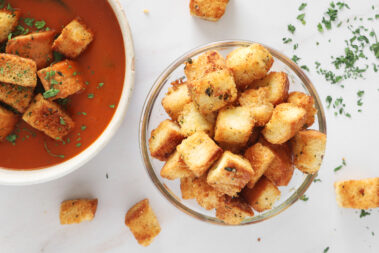