If you aren’t extending your growing season by sowing fall veggies, you are missing out. Here are 16 of the best vegetables to plant in fall for a late-season harvest. 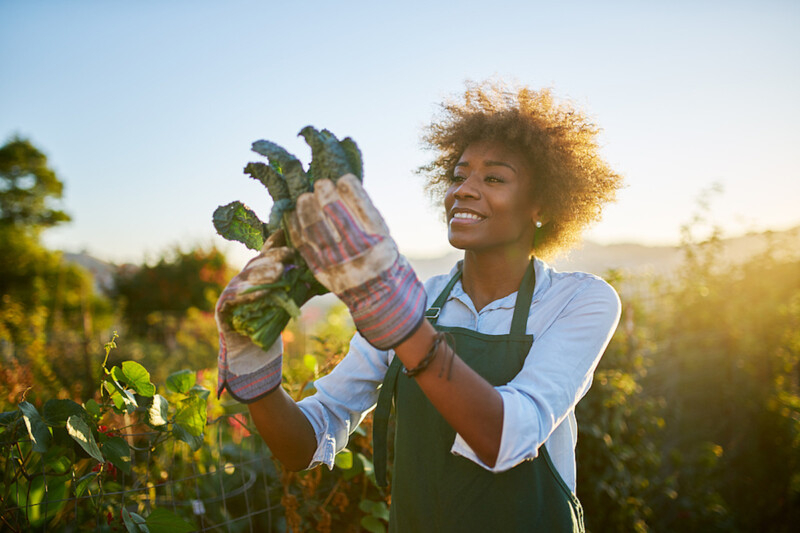 As exhausting as it can be to keep up with your garden in the middle of summer, it is still hard to accept that the time for fresh fruits and veggies is coming to an end.

Many vegetables you typically think of as spring-season veggies, actually perform even better when planted in late summer for a fall harvest. The warm soil and long days mean they often germinate easier and establish quicker.

But finding the right cool-season veggies for your climate and figuring out exactly when to sow or plant them can be a bit tricky. To help make the process of planning your autumn garden easier, here are 16 of the easiest vegetables to grow in fall and some tricks to help you find success.

When it comes to picking the right vegetables for your fall garden, greens are a no-brainer. Most mature relatively quickly (and many can even be picked early if needed). Plus, most greens are hardy and not only tolerate light frosts, but actually taste better if harvested after the weather has turned.

As a bonus, if you are short on garden space, any of these greens can be grown in containers and kept in part shade during hotter days and moved into full sun as the days cool.

Most types of lettuce are semi-hardy and can survive light frosts, especially with a little help from row covers or cold frames. Sow your first seeds about 8 weeks before the average first frost date, your second set at 6 weeks prior to frost, and your final set two weeks after that. This will give you a constant supply of lettuce well into the fall.

Kale is one of the hardiest of cool-season greens. In fact, in many climates, this biennial crop will continue producing leaves throughout the winter even without special treatment. In harsher climates, it can tolerate harder frosts and is best harvested after the first snow when the leaves are at their tenderest and tastiest.

Kale takes a little longer to mature, so sow seeds 6 to 8 weeks before the average first frost date. Seeds sown later can be picked for “baby kale” before the first hard frost.

Spinach is another hardy green, but only in its mature form. Smaller plants can suffer if the weather turns before they have established, but larger plants can continue producing leaves for harvesting well after the first frost.

Sow seeds 4 to 8 weeks before the first frost. If your area experiences a lot of heat even in the late summer, consider using shade cloth or planting in a shadier spot for best results. If you experience harsh winters, planting in a cold frame may be the best way to go.

If you already have chard in your garden from your late spring crop, leave it there! This green prefers cooler weather but will survive through the heat of the summer if given the chance. While its growth will be slower during the hot period, it will start producing well again once the weather turns.

Sowing chard for the fall harvest is a bit more tricky since these plants take so long to mature. If you have a long cool-season, sow seeds directly 10 weeks before the first frost. If your autumns are too short, start seeds inside and move them out at 4 weeks old.

Collards are easily one of the hardiest of veggies. In many climates, these greens will produce all winter long. Even in harsher zones, they can survive hard frosts and are best harvested after the weather turns frigid or the first snow begins to fall.

Sow seeds 6 to 8 weeks before the first expected frost and feed frequently for a plethora of tender leaves throughout the fall and into early winter.

As much as arugula hates the heat, it also doesn’t fare so well in the cold. Luckily, this finicky green matures quickly and can be grown and harvested after the heat of summer and before the first hard frost in most climates.

Sow seeds as soon as the weather cools and continue to sow every two weeks up until 4 weeks before the first frost is expected. Use row covers and cold boxes to extend the season further.

Root vegetables are another group of veggies that perform particularly well in the fall. The soil is warmer at the time of sowing which leads to faster germination and growth while the leaves enjoy the cooler weather of fall as they mature.

Carrots take a little extra time to mature compared to other root veggies, so choosing the right type and setup for your climate is key. Smaller varieties that mature in less than 60 days are optimal for direct sowing into the garden about 8 to 10 weeks before the first frost. Varieties that take a bit longer should be sown in pots and moved inside before the weather turns.

This hardy root veggie can tolerate light frosts and will produce a better-tasting product if harvested after the weather has turned. Sow seeds about 8 weeks before the first frost and mulch well as the weather cools to further extend the season. Just make sure to harvest before the ground freezes.

As well as tolerating some heat, beets are also hardy in the cold. In fact, these biennials are known to survive through the winter in many climates, though they are best harvested before the ground freezes. Sow seeds 10 to 12 weeks before the first frost. If you want to extend the season into the following spring, mulch the plants heavily before winter.

As one of the quickest maturing vegetables, radishes are a great fall veggie for even the most novice of gardeners. These cool-season root veggies can be started as soon as the weather starts to change and can be sown every two weeks throughout the fall. The best varieties to use are those that mature in less than a month.

Like turnips, rutabaga is best when harvested after the first frost. They do take a little longer to mature than turnips, though, and should be sown at least 10 weeks before the first frost. But, they can be left in the ground over the winter and harvested the following spring, if needed.

Fall veggies don’t come in quite the same variety of colors and flavors as their hot-season counterparts, but there are some non-greens, non-root veggies that can be planted and harvested late in the year.

Brocolli can be a touch tricky to grow late in the season because it takes so long to mature. One workaround is to start your seeds inside at about 12 weeks before the first frost and transplant them into the garden at about 3 weeks old. Or, you can grow your broccoli in pots, keeping them indoors or in a cool, shady spot until the weather cools. These plants can tolerate cold temps and can even survive the winter in some climates.

Like broccoli, cauliflower has a long maturation and must be started indoors or kept in pots for a fall harvest. They are less tolerant of cold than their green-crowned cousins and should be protected from even light frosts until the heads are mature.

These cool-season veggies are great for cooler climates where they can be sown outdoors at least 12 weeks before the first frost. In warmer climates, start them inside and move out once the heat of summer has passed. These hardy plants can survive hard frosts and snow but need a lot of sun to mature.

This well-known spring crop can do very well in fall assuming they are protected from the heat early on. Sow so that flowers appear before the first frost (70 to 90 days depending on the variety). Try sowing seeds behind (to the north of) larger squash plants in the mid to late summer, which will offer some protection from the heat initially. Mature plants can handle some frost but plan to harvest before the weather really turns.

To make things easier, peas can also be planted in pots and moved around and taken inside depending on the weather.

For best results, make sure to reference your seed packet for the best time to plant. Based on how long your plant takes to mature, count backward from your area’s projected frost date and add about two weeks to account for germination time.

Fall veggies take a little extra planning and luck than summer crops, but they are well worth the extra effort for fresh produce you can enjoy well into the winter. 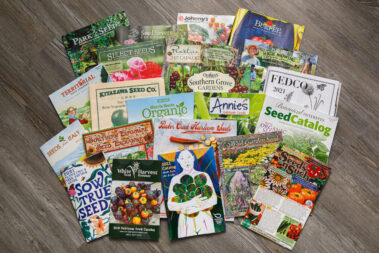 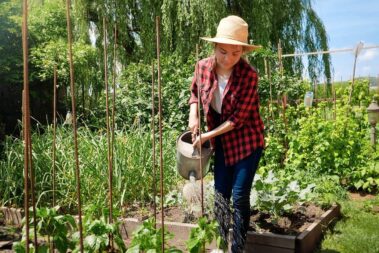 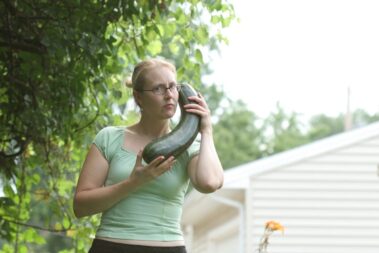 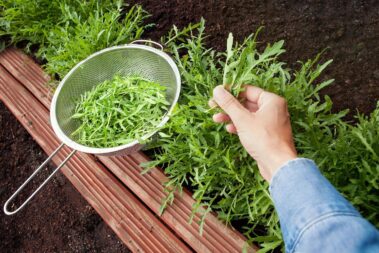