Got some leftover cobs after last night’s barbeque? These four methods for reheating corn on the cob are so easy, you’ll never throw away your leftover corn again. 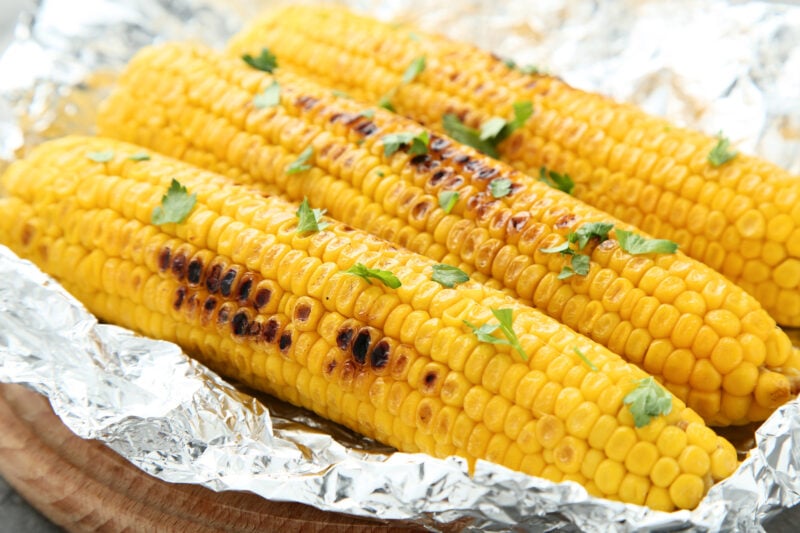 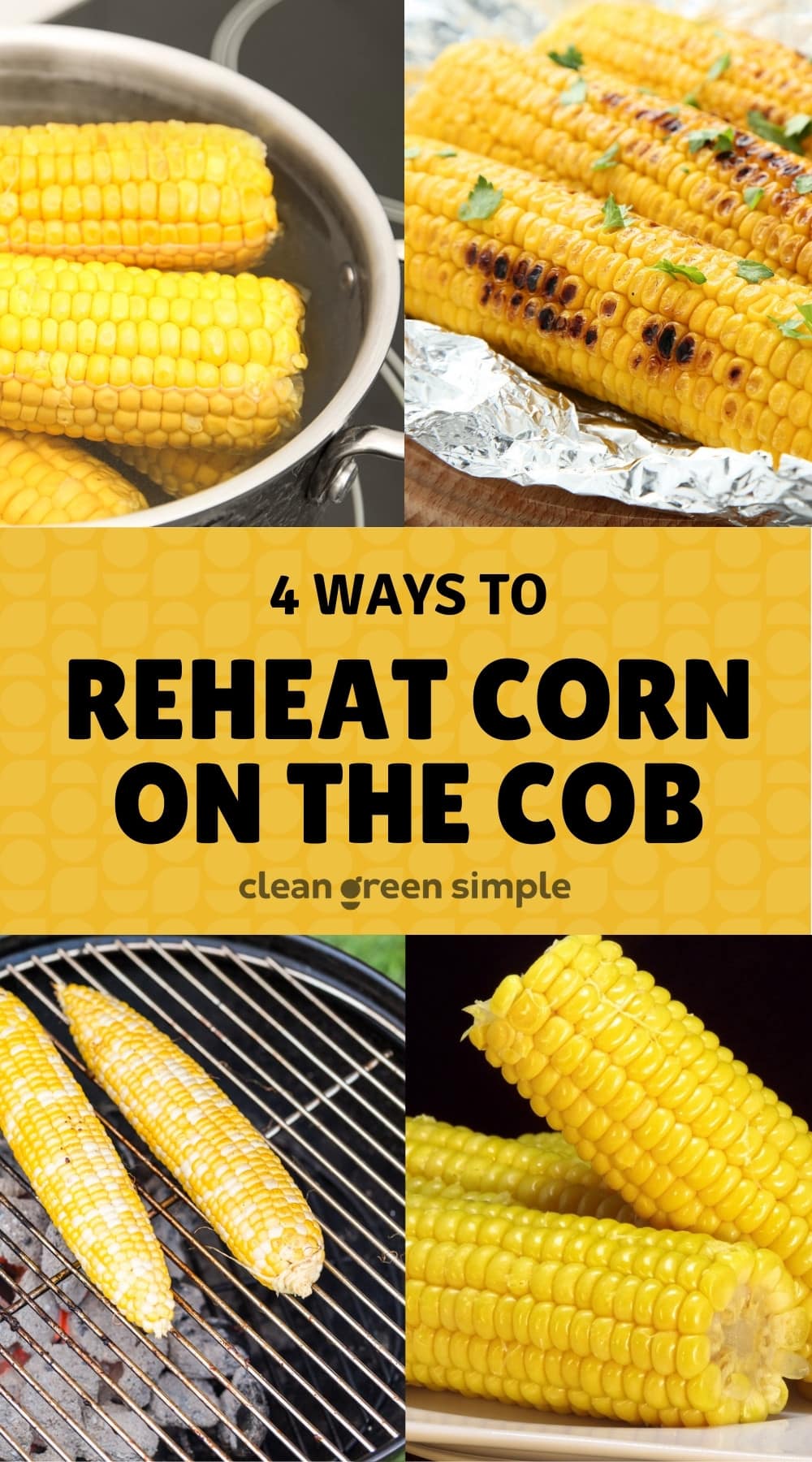 Is there any vegetable quite as satisfying as corn on the cob? This food has it all. It’s tasty, nutritious, and one of the most fun foods to eat.

Because corn on the cob is so good, I tend to make a lot of it, which usually means there is some left over. Before you toss those tasty uneaten cobs in the trash at the end of the barbeque, know that it is possible to reheat corn on the cob to enjoy later―without it getting mushy or chewy.

But, if you don’t have the time to preheat the oven, we’ve got a few other methods that work pretty well―and pretty fast! Keep reading to find out more.

4 Ways to Reheat Corn on the Cob

Whether you have a couple of minutes or all evening to commit to reheating your corn on the cob, we’ve got you covered with these four tried-and-true methods.

How to Reheat Corn on the Cob in the Microwave

The microwave is certainly the fastest and simplest way to reheat corn on the cob. But it can be tricky to get your leftovers tasting fresh this way. The key is to heat the cob in short bursts with rotations in between. This prevents hot spots that can cause chewy or deflated kernels.

On the positive side, the microwave is the most energy-efficient way of reheating corn on the cob. And, with careful attention, it can provide some tasty results.

On the downside, using the microwave requires some trial and error. If yours cooks too hot or too unevenly, you could end up with exploded kernels on one side and cold kernels on the other.

How to Reheat Corn on the Cob in Boiling Water

Using boiling water to reheat your cob of corn is a straightforward way to get fresh-tasting cobs from last night’s dinner. It takes a little more time since you have to get the water boiling, but it goes fairly quickly after that.

This method works well because it’s easy to get the timing right once you’ve tried it a couple of times. It’s also the simplest way to ensure the cob heats up evenly on each side.

But, you will have to take the time to boil the water. If you’re only heating up one or two cobs at a time, this method may prove to be a waste of water and energy.

It’s also worth noting that this method does not work well for corn that was grilled originally. If that’s the case, you’ll want to see the next section for the best way to reheat grilled corn on the cob.

How to Reheat Corn on the Cob on the Grill

Reheating corn on the grill is a great way to add extra flavor. And it is the best way to reheat cobs of corn that were originally grilled. It takes a little bit more time and effort for this method, but it’s well worth it if you do it right.

The best part about using a grill to reheat your corn is that it adds an additional layer of flavor to the meal. This is especially true if you boiled the corn to cook it originally.

On the downside, this method does require a fair amount of fuel for what boils down to 2 minutes of cooking. It can also dry out the corn if you aren’t careful. Brushing the corn with melted butter before you grill it can help reduce this risk while adding even more flavor to the final product.

How to Reheat Corn on the Cob in the Oven

If you have the time, the best way to reheat corn on the cob is in the oven. It takes a little more prep, but it is well worth it for juicy, crunchy corn that tastes like you just cooked it for the first time.

The reason this method works so well is that your cobs are protected from drying out. The foil wrap holds the moisture in while the added dash of water ensures the kernels do not explode or become mushy.

On the downside, this method does take some time and effort. If you are only heating up one or two cobs, it probably isn’t worth the energy used. In that case, the microwave would be the more energy-efficient choice.

But, for reheating corn on the cob for the entire family, you can’t beat the results the oven delivers!

Can You Cook Fresh Corn on the Cob in Advance?

Yes, you definitely can prepare corn on the cob in advance. The key to preparing corn ahead of time is not to overcook it. You want to get the kernels just to the point of being tender before you pull them out of the boiling water or off the grill.

That way, when you reheat them later, they will reach the point of perfection right when they heat all the way through. If you cook them too long the first time, they will get overcooked and mushy once the second round of heat is applied.

How to Store Corn on the Cob for Easy Reheating

To store corn on the cob so you can easily reheat it later, we recommend wrapping each cob in aluminum foil. Don’t cinch the ends down too tight, because you’ll need to unwrap one end to add a bit of water and oil before you pop them in the oven to reheat them. Place these wrapped packages in the fridge until they are ready to cook again.

Alternatively, if you plan to boil, grill, or microwave your leftover corn, simply pop it into a storage container and put it in the fridge.

In either case, don’t season with salt or add any butter or spices. You will want your cobs undressed for storage. Once you’ve reheated them, you can add all the toppings you want.

How Long Does Cooked Corn on the Cob Last?

Cooked corn on the cob will last about 4 days in the refrigerator. Storing the cobs inside an airtight container will help prolong its viability, but you’ll still want to use it within 5 days just to be safe.

How to Reheat Frozen Corn on the Cob

To reheat frozen corn on the cob, all you will need is a pot of water.

Freezing your leftover corn cob may be necessary if you don’t plan on using it within five days of the original meal. It is also a great way to capture a bit of summer nostalgia to relive during the colder months. When stored in an airtight container, cooked corn on the cob will stay good for up to 1 year in a consistently cold freezer.

Never Throw Out Leftover Corn on the Cob Again!

If you’re looking for a way to use up your leftover corn on the cob, we have the perfect recipe for you. This Mexican Street Burger with elote topping is the perfect way to repurpose those uneaten corn kernels. 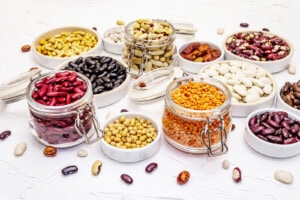 There are hundreds of different types of beans consumed around the world. Here are 15 that you should get to know a little better or possibly meet for the very first time. 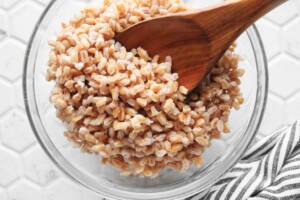 Learn how to cook farro using a rice maker, an instant pot, or on the stove. Follow our detailed step-by-step instructions for our favorite stovetop “pasta method,” along with tips for storing and serving farro. 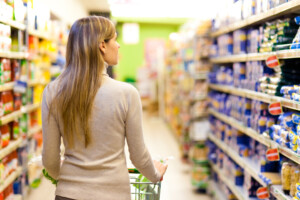 Have you recently discovered the joys of nutritional yeast but aren’t sure where to buy it? We’ve got you covered with information on where you can find nutritional yeast in the grocery store and which major chains carry this vegan favorite.