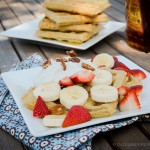 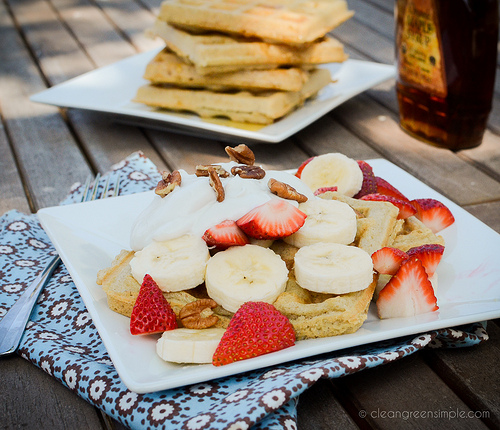 My friend recently moved and decided she no longer needed her waffle maker, and I was the lucky recipient! I’m a little concerned she’s going to demand it back after she sees these photos though – these waffles have such a great taste and texture you could easily serve them to anyone, dietary restrictions or not. I’ve always enjoyed waffles with a bunch of stuff piled on top, like fruit and whipped cream, but you can also get away with the standard drizzle of syrup to sweeten them up: 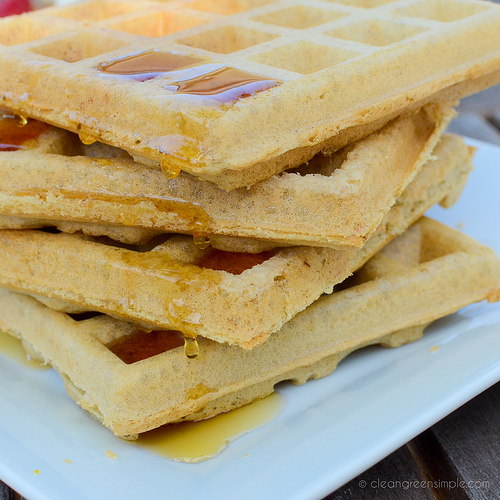 This recipe does call for a little bit of coconut milk, though, so I can think of no better way to use the rest of the can than by whipping it up into a delightful whipped cream topping. In fact, let’s start with that! If you keep a can of coconut milk in the fridge, the fat will solidify on top like so: 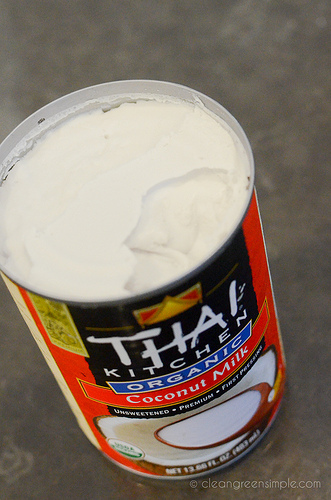 Scoop that layer off with a spoon and then pour the remaining liquid into a little bowl: 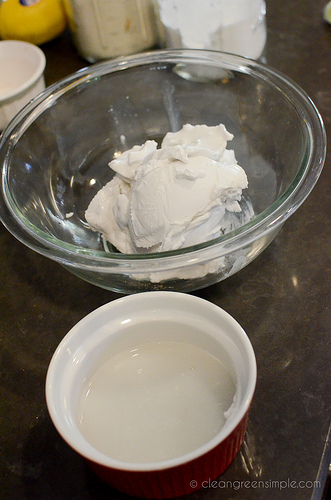 For the waffles, scoop out three tablespoons of the solid fatty part and whisk it into the liquid, then add enough soy or almond milk to equal two cups total. Set that aside. If you want to make whipped cream with the rest, then add a teaspoon of vanilla and a teaspoon of agave nectar or maple syrup, and whisk it with a hand mixer until it fluffs up into a delectable whipped cream texture: 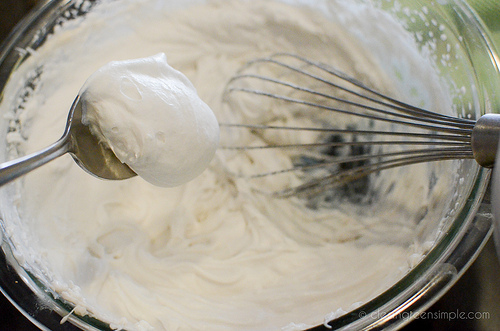 Naturally, you don’t have to just use this for these waffles, this stuff tastes great on lots of things! But let’s get back to those waffles. Mix together your dry ingredients (those will be a few GF flours and starches, some baking powder, and bit of salt) and then in a small bowl combine all the remaining wet ingredients and a bit of ground flaxseed. Blend it all together and you’ve got yourself some waffle batter! It’s a bit on the thin side, but it puffs up nicely once you cook it. 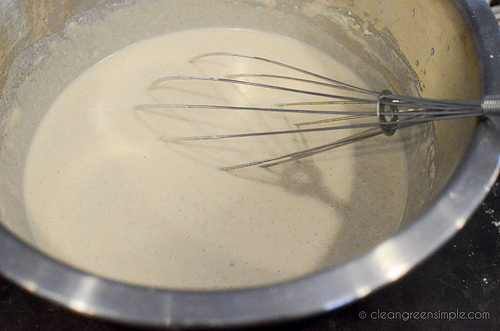 You’ll have to follow the instructions for your waffle iron since they are all a bit different – I found that on medium heat mine took about 5 minutes or so, but just cook them until they turn a nice crispy golden brown. Don’t be tempted to check them for at least 2-3 minutes though or they might pull apart because they aren’t cooked well enough. Not that I’m ever impatient with baked goods or check things too often. 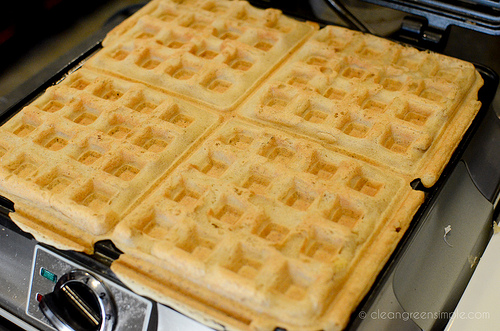 Then just go to town with whatever you want to top them with, whipped cream, nuts, fruit, syrup – the world is your oyster. Or your vegan gluten free waffle, as the case may be. 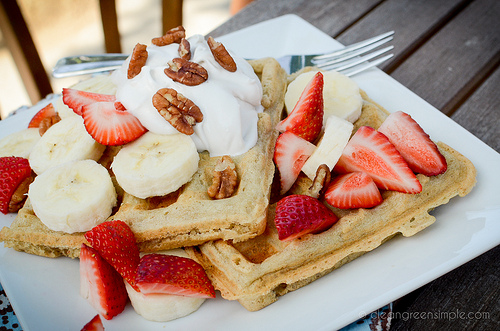 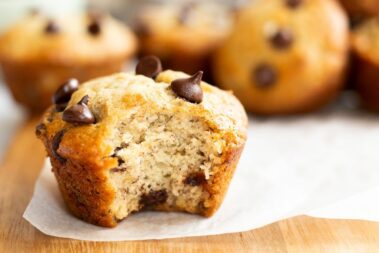 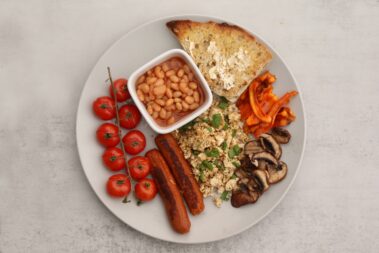 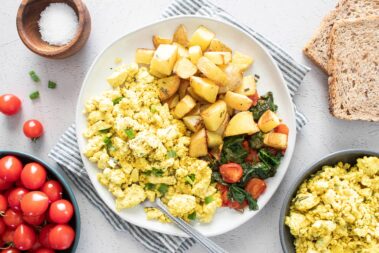