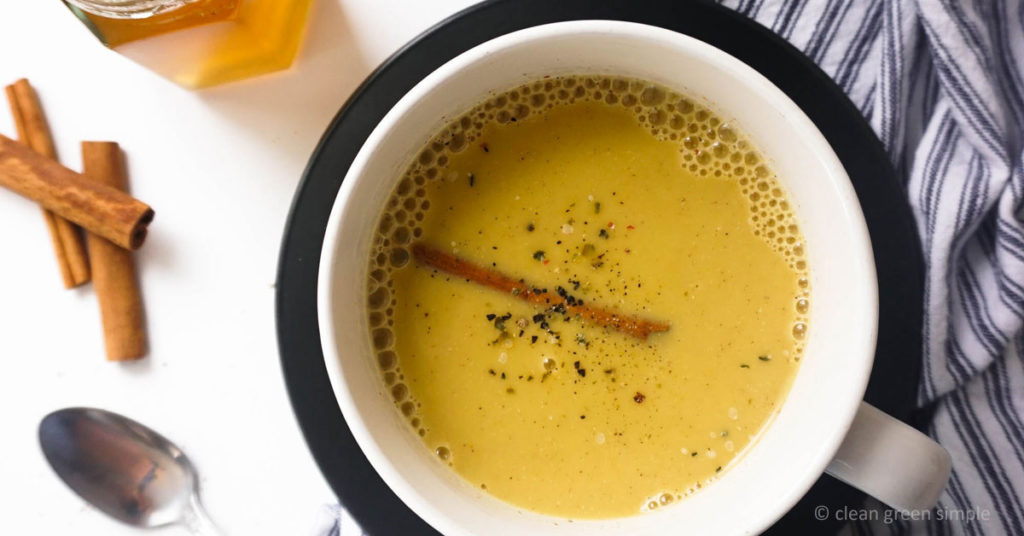 If you follow healthy food recipes on Pinterest or Instagram, there’s a very good chance you’ve come across a Golden Milk recipe at some time or another. It’s a popular (and super healthy) drink for sure, but since it also tastes so delicious and can be customized with different spices, I couldn’t resist sharing my own easy, clean version of it with you!

This recipe takes all of five minutes to throw together on the stove and is easily doubled or tripled for larger groups. It’s now a staple around our home during the winter months, but not just because of it’s creamy and comforting deliciousness — turmeric, the spice that gives “golden milk” it’s beautiful color, packs quite a nutritional punch!

So what is Turmeric?

Turmeric is a root from the same family as ginger, and is most commonly used in Indian cooking as a way to give flavor and color to many dishes like Tandoori Chicken and Curry.

Beyond its distinct hue and earthy taste, turmeric a nutritional powerhouse and was used in ancient times as a remedy for many ailments, long before modern medicine was able to research and document its many benefits.

Anti-Inflammatory: Turmeric contains high levels of manganese, a mineral that’s proven to help reduce inflammation in the body. Reducing inflammation may help prevent chronic disease in the body, so it’s worth adding this spice to your cabinet.

Antioxidant-Rich: Most of us are aware of the dangers of free-radicals, as they damage DNA and cells in our bodies. Unfortunately, it’s often hard to avoid them as they are prevalent in our modern environment.  The best way to fight these free radicals is through the ingestion of antioxidants like Vitamin C or Turmeric, which has been shown to fight free radicals in the body.

How to Make Golden Milk

The great thing about this recipe is that you probably have all of the ingredients and supplies on hand to make it already. Start by heating a few glasses of your favorite dairy-free milk (we love cashew milk for its creaminess, but coconut milk is a great choice as well).

Next, whisk in the ingredients. A blender works great as well if you like your golden tea extra frothy.

That’s it! Pour into mugs, top with extra black pepper, hemp seeds or a cinnamon stick, and enjoy. 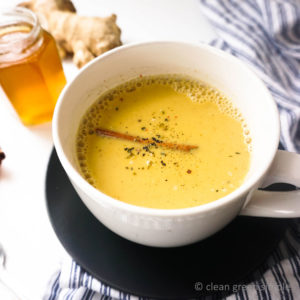 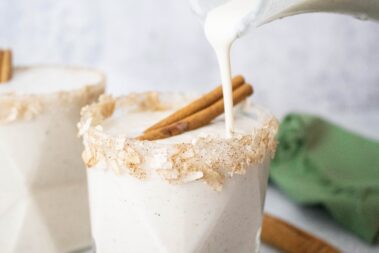 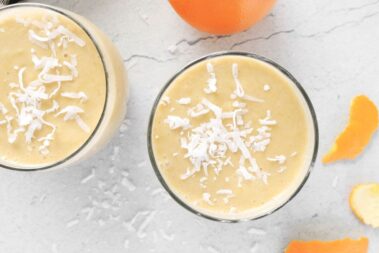 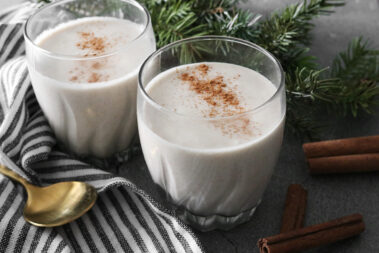