Miss bacon? Here are our picks for the best vegan bacon brands, plus two of our favorite homemade vegan bacon recipes to satisfy your craving. 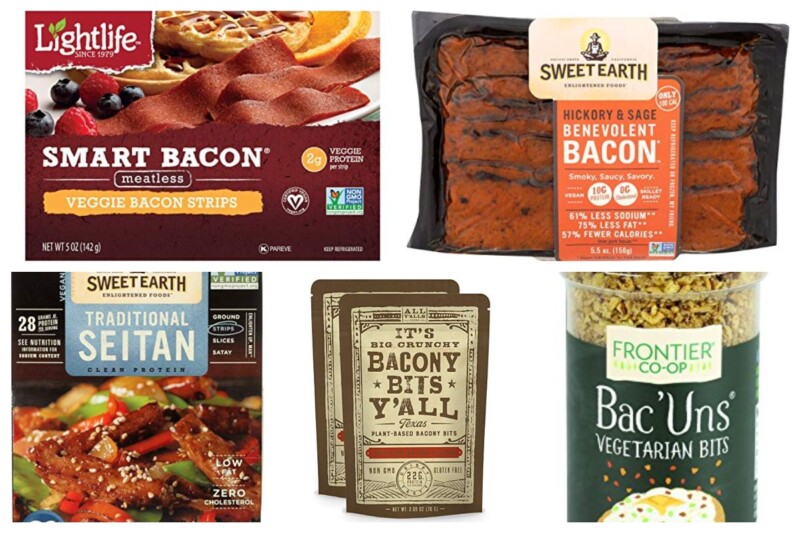 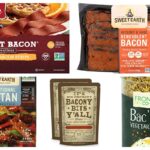 Salty, crunchy, smoky, and full of that decadent fat we were made to crave, there just isn’t anything quite like bacon. For many transitioning to a plant-based diet, giving up this tasty breakfast staple proves to be the most difficult part.

As someone who definitely fell into that category when I first decided to go vegan, I promise you, those cravings do pass (for the most part). But if you aren’t quite to that point yet, there is a way to feed those bacon cravings without turning to meat.

To help keep you on the righteous path of the plant-based, we’ve put together a list of our favorite vegan bacon strips and bacon bits brands. Not only will these vegan alternatives satiate your bacon hankering, they’ll do it without adding loads of sodium or saturated fat to your diet.

These vegan bacon products taste delicious when fried up in a pan all by themselves or when added to your favorite plant-based recipes.

Most bacon alternatives you’ll find at the store are made of a soy-protein base or a seitan wheat base. These varying formulations mean each brand offers something a little different in terms of taste, texture, and crunch-factor. We recommend trying a few different brands to figure out which one best satisfies your bacon hunger. 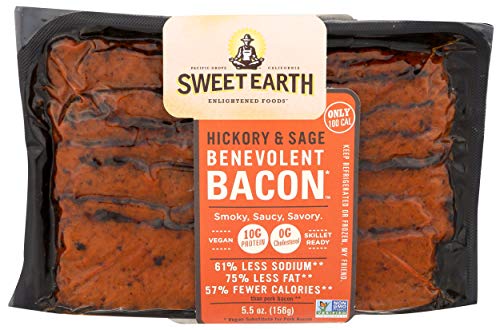 This seitan-style bacon from Sweet Earth is thick, savory, and full of smoky bacon flavor. It is about as far from the cardboard bacon alternatives of yesteryear as you can get. This vegan bacon is hearty enough to serve up next to your vegan omelet or hash but also works well cut up and added to recipes.

While this thick vegan bacon has a noticeably non-cardboard-like texture, don’t expect it to resemble the texture of meat, either. The fact that this product has a taste like bacon but a texture unlike flesh is one of the reasons we love it. That said, you won’t fool any meat eaters by putting this on their plate. 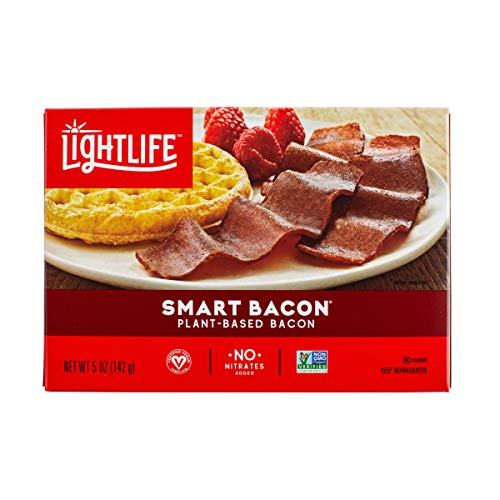 If the crunch of bacon is more what you’re missing, this product from Lightlife is probably the best for you. It has a decidedly bacon-like flavor with plenty of smoke and saltiness while better impersonating the texture of crisp bacon.

These strips are thinner and drier than others on this list, so be careful with how you store and cook them. Any exposure to air will dry the uncooked strips out and cause them to crumble, so make sure to reseal the package well or just throw them in a Tupperware. We like these best when cooked just to the point of burning the edges. To really satisfy that bacon craving, try adding a touch of oil to the pan as you cook. 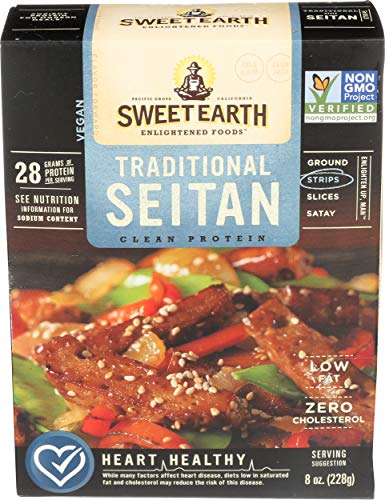 Another winner from Sweet Earth, this traditional-flavored seitan works as the perfect substitute for bacon to add that chewy, slightly crispy texture to any dish. It is lightly flavored with salty soy sauce, garlic, and ginger which pairs well with most recipes. But, if you need a little more of that true bacon flavor in addition to the texture, try adding a little vegan bacon seasoning.

We like this bacon alternative because of its short, all-natural ingredient list and the fact that it is loaded with protein and light on fat. It is also lower in sodium than bacon and GMO-free. 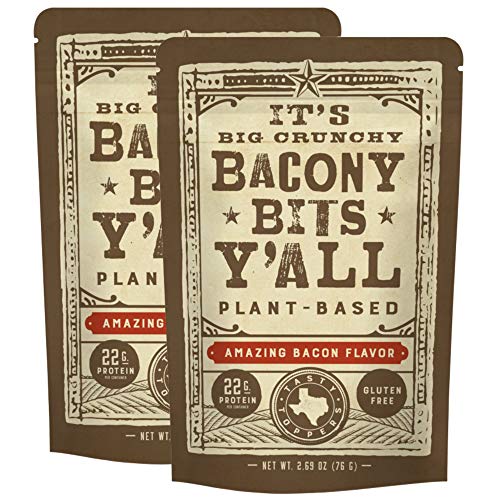 If what you really want is to capture some of that bacony flavor in your salad, on your vegan mac & cheese, or in any of your favorite savory recipes, you’re going to love these vegan bacon bits from It’s Jerky Y’all. They are crunchy, full of spice and flavor, and large enough to actually add some serious texture to your cooking.

Best of all, these bacon bits are made with non-GMO and easily recognizable ingredients. As an added bonus, they are made right here in the USA and all proceeds go to the Rowdy Girl Sanctuary, a sanctuary for farm animals in Texas.

These all-natural bacony bits are smaller and less chewy than other types, but they add a ton of smoky flavor to any meal. Their texture is more similar to crispy bread crumbs than thick, crunchy bacon, but they still add a lot of character to salads and pasta.

Like Benevolent Bacon by Sweet Earth, these bits aren’t likely to fool any true meat-eaters (especially if they see them), but the smoky flavor tastes real enough and it has enough saltiness to satisfy those processed meat cravings without delivering saturated fat or other unhealthy calories to your diet.

Make Your Own Vegan Bacon

Not satisfied with commercial vegan bacon products? Or maybe you just don’t have time to run to the store. These homemade vegan bacon recipes are absolutely worth a try. Best of all, they can be customized to perfectly appease your bacon craving.

By marinating tempeh strips in a bath of soy sauce, liquid smoke, and your choice of brown sugar or maple syrup, you can create the perfect vegan tempeh bacon in no time at all. Like your bacon thin and crunchy? Cut the strips thinner and cook to crispy perfection. All about that thick, smoky bacon? Cut thicker strips and add a dash more liquid smoke. There is no limit to how you can customize this simple recipe.

Carrot bacon? Really? While it may sound a little odd, this homemade carrot bacon may be one of the absolute best vegan bacon options out there. The trick to turning earthy carrots into savory bacon is cooking them in a marinade of dijon, honey, soy sauce, and sesame oil. This surprising combination produces a decadent bacon flavor while the carrots themselves add the crunchy texture and strangely bacony look.

Our Favorite Recipes Made Better with Vegan Bacon

Now that you have your new favorite vegan bacon brand or recipe, it’s time to put it to use in some of our favorite bacony recipes.

This rich, earthy cream of asparagus soup is as beautiful as it is delectable. Plus, it is super simple to make and chock-full of vitamins and minerals. But don’t think being healthy means this soup isn’t creamy and satisfying, because it is! Of course, if you want to up that satisfaction level, all it takes is a healthy dose of vegan bacon bits sprinkled on top.

Looking for a filling breakfast that will keep you going well into the afternoon? This high-protein vegan breakfast burrito delivers that and a whole lot’a taste. Eggy tofu, beans, and lots of veggies deliver everything you need to stay energized and satiated, but if you really want to dial up the taste factor, try adding some strips of vegan bacon before rolling the tortilla up.

This non-traditional vegan omelette utilizes chickpea flour in place of tofu or vegan egg substitute. It may sound a little odd, but the results are absolutely delicious. Fill the flavourful chickpea wrap with veggies, vegan cheese, and, of course, plenty of vegan bacon for a truly satisfying weekend breakfast. 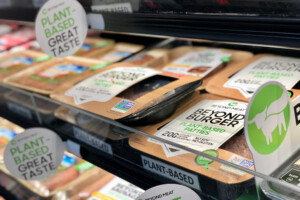 When it comes to plant-based foods, business is booming. The market for meatless eats grew a whopping 27% in 2020, bringing the… 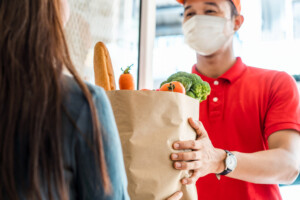 Short on time? These grocery delivery services will bring healthy, plant-based ingredients and products straight to your door. 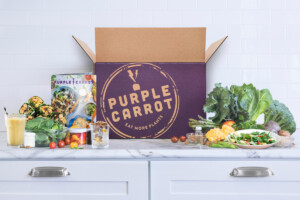 Wondering if Purple Carrot is all vegan and what type of meal plans they offer? We have the answers to all your questions about this popular meal delivery service. 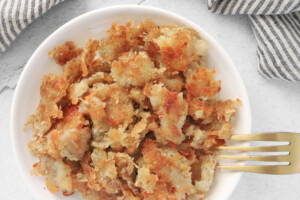