Learn how to cut leeks, along with tips for buying, washing, and using them. Add these versatile vegetables to soups, quiche, and your favorite recipes for depth and flavor.

Ready to expand your knife skills? Learn how to cut leeks with our step-by-step guide.

Leeks are related to staple veggies like onions, garlic, and scallions. Compared to onions, they’re sweeter and milder, but they can be used in the same way.

But if you’re new to cooking leeks, preparing them can be a bit intimidating. The large veggies almost look like oversized scallions!

This tutorial will explain how to choose, prepare, cut, and wash leeks. You’ll only be using the light green and white stem, as the leaves are too fibrous to eat. However, you can save the leaves to make homemade vegetable stock.

Once you’ve learned how to cut leeks, use them in a Chunky Potato Leek Soup or Eggless Tofu Quiche.

At the supermarket, leeks are often sold individually or in bunches. When selecting leeks, make sure the white and light green part is firm and fresh. If it’s slimy and mushy, leave it behind.

At home, store leeks in the refrigerator. It’s often recommended to wrap leeks in plastic or place them in a plastic bag, as other foods can absorb their odor. However, if you want a more eco-friendly approach, wrap the leeks in a damp (but clean) cloth or towel. When stored properly, fresh leeks will last up to 2 weeks in the refrigerator, according to Michigan State University.

Avoid trimming or washing your leeks before storing them, as this will speed up degradation. Wait until you’re ready to use them.

How to Prepare Leeks

Though you can wash leeks right before cutting them, the leaves can be difficult to clean. We recommend washing the leeks — and leaves, if you plan to use them in broth — after cutting them.

To prepare a leek, place it on a cutting board. Using a chef’s knife, cut off the leaves, right where the light green begins to darken. Cut off the bottom stub, just above the roots (or where the roots once where). Discard the leaves and bottom; you’ll only be working with the middle light green and white part.

The best method for cutting leeks depends on your preference and how you plan to use them. Here are three techniques:

The first cut is simple. After chopping off the leaves and bottom, you can cut the stem into rings. This option is ideal for mixed dishes, like stir-fries or salads.

With your non-dominant hand, place the leek on a cutting board. Using your dominant hand, cut across the width of the leek. The tip of your knife should create a 90-degree angle with the stem.

The second cut makes “sticks.” This option is perfect for spring rolls, as well as mixed dishes.

Cut the stem in half, width wise. Next, cut each half lengthwise, so that the knife lines up with the piece of leek. Each half will have a flat bottom.

Place the flat bottom on the cutting board. With your non-dominant hand, press down on the leek to keep it in place. Place the knife along the length of the leek, then cut it into sticks. The sticks can be as thick or thin as you’d like.

Finally, the third method involves chopping leeks. This lets the layers come apart, making them perfect for tossing into salads, soups, or other mixed dishes.

Cut the stem in half, width wise. This creates two pieces. Cut each piece in half, lengthwise, lining up the knife with the leek. Each half will have a flat side.

Place the flat side of each leek on the cutting board. Position your knife across the leek, width wise, and roughly chop.

How to Wash Leeks

After cutting leeks, transfer them to a strainer. Wash the cut leeks under running water, shaking the pieces with your fingers to remove debris and dirt. Strain well. Your leeks are now ready for cooking!

Can I store cut leeks?
Yes, but once washed and cut, it’s best to use leeks quickly. Cut leeks will last in the refrigerator for about 2 days.

Can I freeze leeks?
Freezing leeks is not recommended. It’ll make them mushy and pungent.

How to Use Leeks

How to Cut Leeks 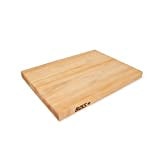 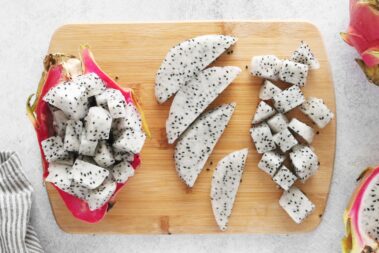 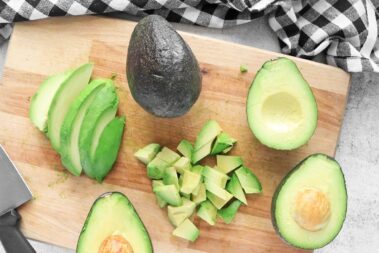 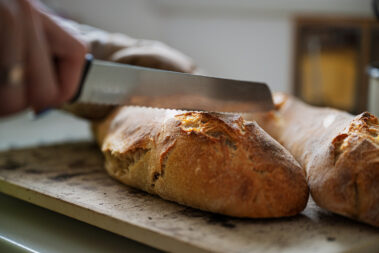 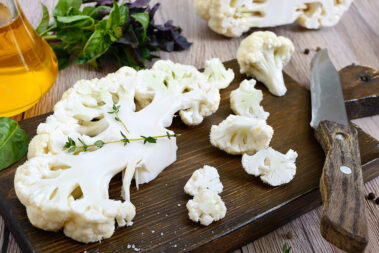 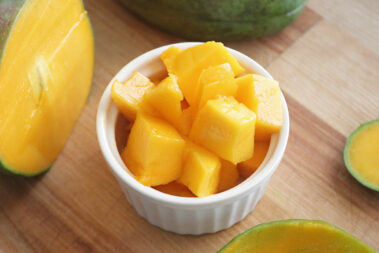