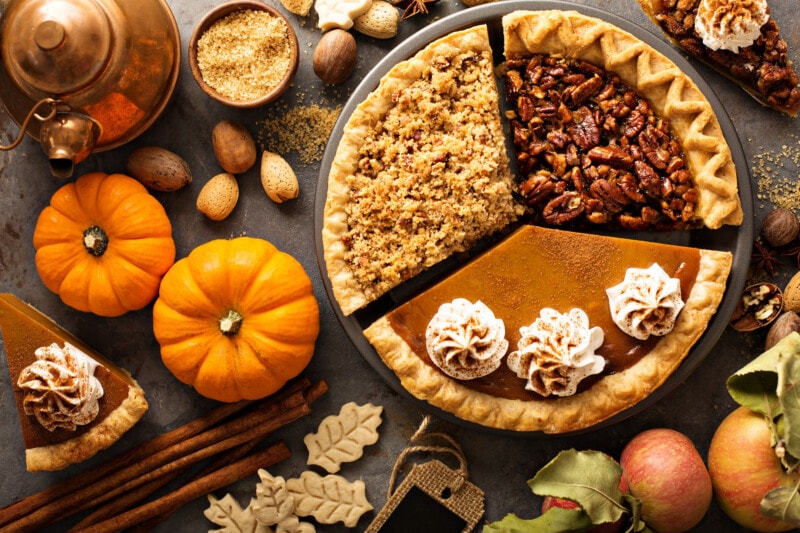 Mouth-wateringly good pumpkin pie is the show-stealer at any Thanksgiving dinner. If you can’t imagine the holiday without this dessert, you’ll be glad to know you can easily make a vegan-friendly version of the recipe at home. Using a super simple graham cracker base and a scrumptious coconut milk and pumpkin puree filling, our recipe tastes just like grandma used to make it.

Using silken tofu for a creamy texture high levels of ingenuity in this next recipe from My Darling Vegan. This pumpkin cheesecake is one of the most delicious vegan Thanksgiving dessert recipes. Combining some of the most fragrant holiday spices—cinnamon, nutmeg, and ginger—this vegan cheesecake has a wonderfully flavorful result.

If you’re making some crispy chickpeas as part of your Thanksgiving appetizer spread, you may as well add this vegan chocolate mousse to the menu as well. This insanely simple dessert recipe calls for only five ingredients, and one of them is aquafaba, the liquid in cans of chickpeas that usually gets poured down the drain. Don’t let that little detail scare you, this mousse tastes just as deliciously chocolatey as non-vegan versions.

Whipping up a batch of oatmeal pumpkin bars takes less than an hour, making it one of the best last-minute vegan Thanksgiving dessert recipes. The undeniably chewy crust features both pecan nuts and amaranth flour, while the filling is a combination of pumpkin puree, spices, and even some agave nectar for sweetness.

Infusing rich, chocolatey goodness with the holiday flavor of sweet potato, this Chocolate Sweet Potato Pie recipe from Bree’s Vegan Life has to be one of the tastiest vegan Thanksgiving dessert ideas. The creamy texture comes from the mashed sweet potato, while the cacao powder and coconut cream only serve to elevate the taste of the dish.

Next up, we’ve got a no-fuss apple cinnamon cheesecake recipe from Ve Eat Cook Bake that works perfectly for the holiday season. The crunchy Spekulatius cookie crust is filled with a vegan cheesecake mixture made from plant-based yogurt, spices, and cornstarch. Add in some fresh slices of apple and coconut sugar for an extra hit of sweet flavor. Plus, if you’re on a gluten-free diet, there’s an alteration of this recipe that works for you, too.

Frozen dessert heaven comes in the form of this banana cream pie recipe. This is a recipe you’ll want to make time and time again. Including a sweet nutty base topped with a creamy filling of fresh bananas, coconut cream, and even a dash of bourbon, the dessert has oodles of rich flavor sure to wow your holiday guests.

How about some delectably chewy pumpkin bars this holiday? Rather than using regular flour, this recipe from Pink Fortitude calls for a combination of cassava flour and almond flour. The cooking guide also uses vegan-alternatives, i.e. vegan egg replacer and vegan butter. The result is a yummy bar you can store in the fridge to keep things simple on Thanksgiving Day.

This pumpkin hazelnut strudel from Vegan Family Recipes makes a flavorful alternative to the classic pumpkin pie recipe. This recipe includes a variety of spices (hello nutmeg!) and flaky puff pastry to create an unforgettable dessert. If you can’t get your hands on a sugar pumpkin, you can alter it and use butternut squash instead.

This cranberry orange sticky buns recipe from Short Girl Tall Order tastes amazing, but is not for novice bakers. You’ll need some technical baking ability to get the recipe right. If you’ve got that in your arsenal, though, this recipe is the ideal way to use up any extra cranberry sauce. The result is a sticky, sweet bun that will make your mouth water.

Certified by Plantricious, you can trust that this vegan carrot cake recipe from Nutriplanet is 100% vegan-friendly. Using a combination of oat flour and coconut flour, the cake has a soft and moist texture that will keep you coming back for more. Serve a slice of this cake with some yummy frozen cranberries and grated carrot for a Thanksgiving sensation.

As crunchy as it is full of spiced flavor, this cinnamon apple crumble recipe from Sharon Palmer is a classic vegan Thanksgiving dessert idea. Boasting a surprising ingredient (spoiler: it’s OJ!), fresh apples, and, of course, cinnamon, the dessert has a real holiday-inspired taste. Serve a slice of this dessert with some vegan vanilla ice cream for the best results.

Naturally sweet, but by no means lacking in taste, this pumpkin chocolate chip bars recipe from Bad to the Bowl has to be on your Thanksgiving list. You can choose with gluten-free flour you want to use for this recipe as most work well. The author promises that not only do these bars taste awesome but they are also a healthy snack. Win-win.

Here’s another naturally flavored treat. This maple pecan pie recipe from Unconventional Baker is sweetened only with rich, enticing flavor of maple syrup. The gluten-free base is made using rice flour or ridiculously good pecan butter. Add that to a creamy and sweet seasonal filling and you won’t be able to resist this delectable vegan Thanksgiving dessert.

These no-bake mini pumpkin pies from Eating by Elaine are as adorable as they sound! Interestingly enough, the recipe calls for buckwheat cookies (along with other ingredients!) to make the crust of the pies. That base is topped with a pumpkin puree mixture that is sweet and delicious.

Comforting and satisfying, you’re going to want this sweet potato casserole from Gourmandelle on your table this Thanksgiving. This dessert uses the inherent sweetness of the potato along with a wild array of seasonal spices to make the moist filling. All of the above is topped with a mixture of nuts and flavoring to create a crunchy texture.

Would it even be Thanksgiving without some sweet, sweet applesauce? Forget store-bought sauce! Making a vegan version of this classic dish takes a total of 30 minutes—it’s a cinch. If you like a little spice in your life, you can add some cinnamon to this recipe too.

These little gingersnap cookies are bursting with flavor thanks to a bucket load of spices, including cinnamon, allspice, clove, and cardamom. Because they are vegan, gluten-free, and nut-free, you can share them with all your friends and family. That is, if you don’t eat them all yourself!

Get Started with a Classic

Ready to jump right in with an all-time Thanksgiving classic? Try this vegan pumpkin pie recipe and your dessert is sure to be a hit! 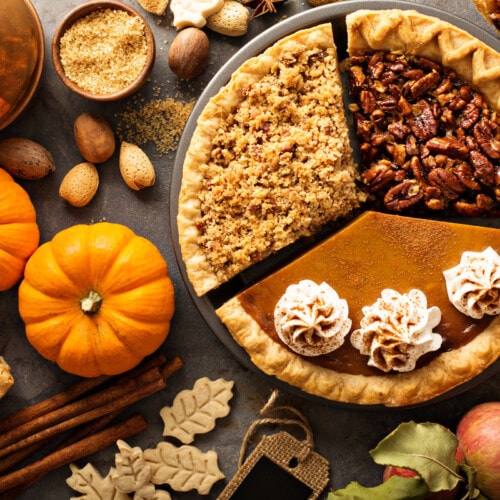 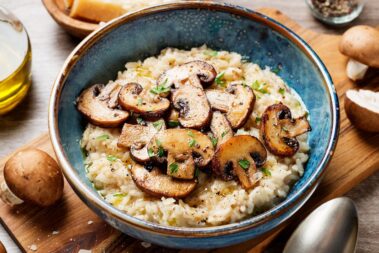 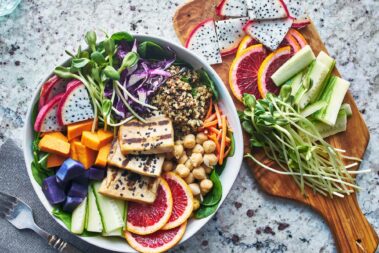 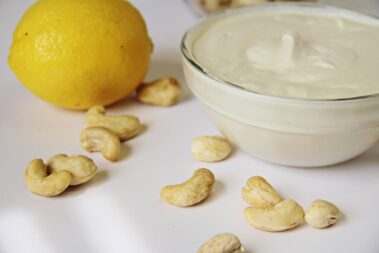 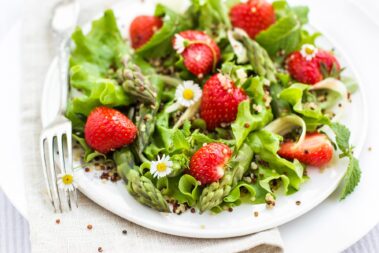 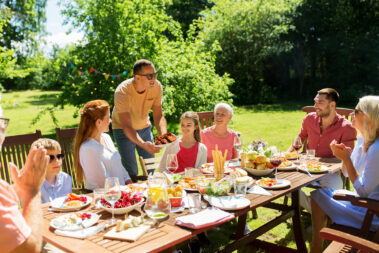 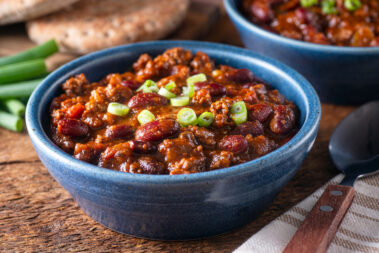