Jackfruit carnitas - an amazing vegetarian shredded meat for tacos, burritos and much more 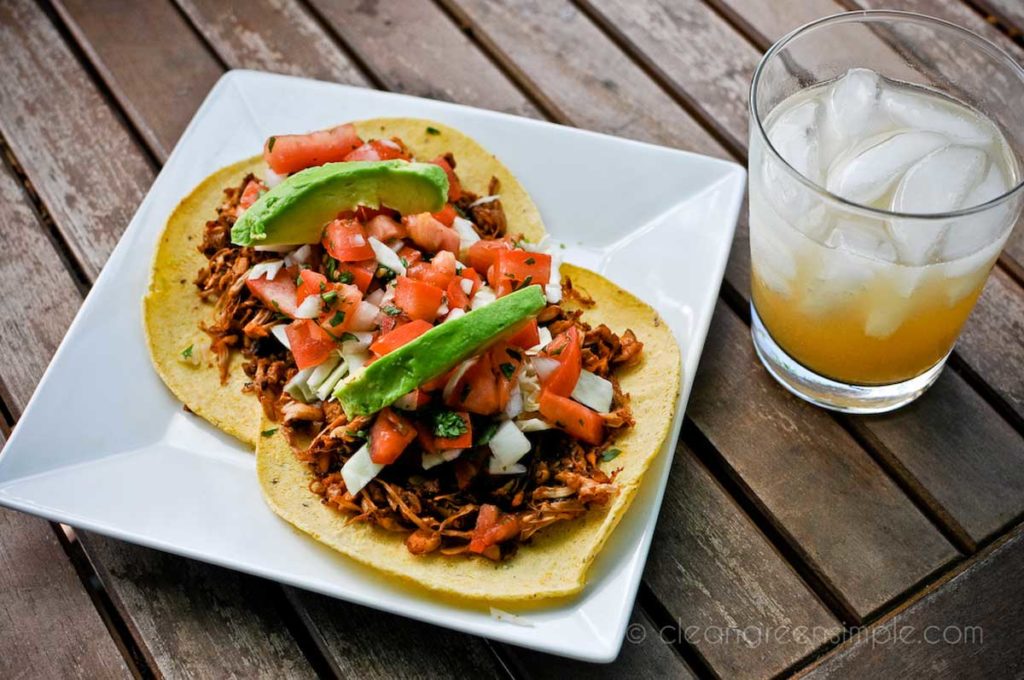 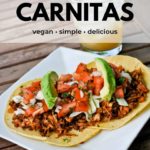 After last week’s jackfruit pulled pork post, which was inspired by a recipe at Pure Luck (an LA vegan restaurant that is, sadly, closing) I decided to take advantage of the whole friend-of-a-friend thing and try to get the owner to give me a real recipe from his menu. Luckily for me (and you) he was happy to oblige!

One of their best menu items is their jackfruit carnitas, and I figured since I already tempted everyone to go hunt down some jackfruit I may as well do another recipe to really make it worth your while. And trust me – this one is worth your while.

Even easier than my BBQ pork recipe, it comes together in about 30 minutes (which is faster than real carnitas) and is super simple.

Having had both the restaurant version and my own homemade version, I can say that you really can use this recipe to get something very similar at home.

That being said, I will admit that I couldn’t resist changing a few things – I made it exactly as written once but then just had to make it again (I know, I know – the sacrifices I make) with my own modifications because the restaurant version, while amazing and delicious, wasn’t quite up to my clean eating standards.

The restaurant version essentially consists of jackfruit, “Better Than Bouillon” veggie bouillon, Mexican Coca-Cola (not regular Coke – Mexican Coke is made with real sugar instead of corn syrup), onion, garlic, and a bit of oil.

My modified version is very similar except that I replaced the “Better than Bouillon” with a homemade spice blend, and replaced the Coke with maple syrup. Both recipes worked great – mine has a bit more flavor of cumin and chili powder, his is a bit more neutral and “meaty.”

To make it either way, just chop up some onions and garlic and throw them in a pot with the bouillon/spice blend until everything is softened and coated.

Then add your drained and rinsed jackfruit along with your Coke, sugar, or maple syrup. The point of the sweetener is that the sugar caramelizes as it cooks and adds a little bit of brown color and crunch to the edges of your carnitas. I don’t think skipping it altogether would yield such good results, but if anyone tries it do let me know!

Once you’ve got everything mixed together, just let it cook for about 30 minutes, occasionally stopping by to break up the jackfruit into smaller and smaller pieces with your spatula.

Don’t stir it too often since you’re trying to get the outsides to brown and caramelize, just often enough to break up the jackfruit and prevent it from really sticking to the pot.

After 20 minutes or so it should look something like this:

I love how jackfruit starts out looking nothing like pulled meat and then once it softens and shreds a bit it’s totally convincing! Give it another ten minutes or so to really get nice and browned and caramelized and you’ll have a plate of this stuff:

That’s all there is to it! When I made it to the original recipe I made it as a burrito, so I added a can of pinto beans to the same pot I just removed the jackfruit from, along with a pinch of cumin, salt, and pepper, until they were nice and warm.

Then I rolled the carnitas and beans up in a flour tortilla along with some salsa and guacamole (plus a side of sweet potato fries), and it was crazy good:

The second time I made the recipe, I decided to make tacos – so I added the jackfruit to a corn tortilla with a bit of avocado, salsa, and shredded cabbage:

Also amazing – this recipe is such a great replacement for shredded meat! Hopefully you can find yourselves some jackfruit and give it a try! 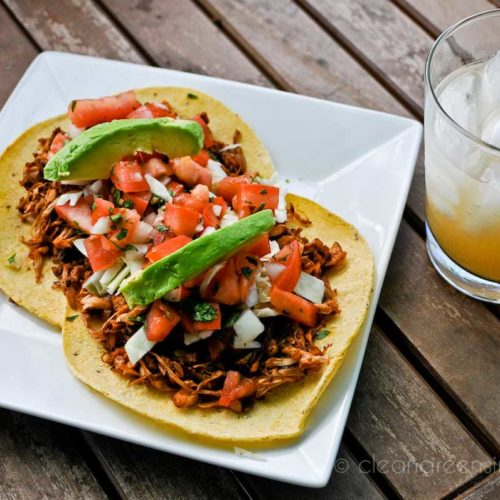 For the spice blend (this is relatively flexible – if you don’t have a couple of the spices on hand just work with what you’ve got):

If you’re looking for an easy weeknight dinner, try this vegan eggplant Parmesan recipe. It features an egg-free breadcrumb crust, homemade cashew ricotta, and fresh basil. Pair it with wheat or gluten-free pasta for a dish that’s hard to resist. 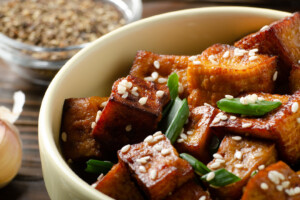 Tofu is one of the most important staples in plant-based eating. Find out why, and learn the best way to cook tofu with our step-by-step tutorial. Toss it with your favorite dish or eat it as a snack! 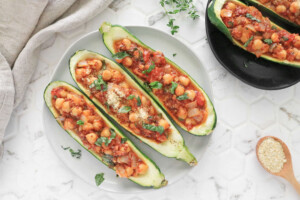 For an easy weeknight dinner, make this Vegan Stuffed Zucchini Boat recipe. They’re made with a delicious stuffing of marinara sauce, quinoa, and chickpeas for plant-based protein. This dish is gluten-free, dairy-free, and egg-free.