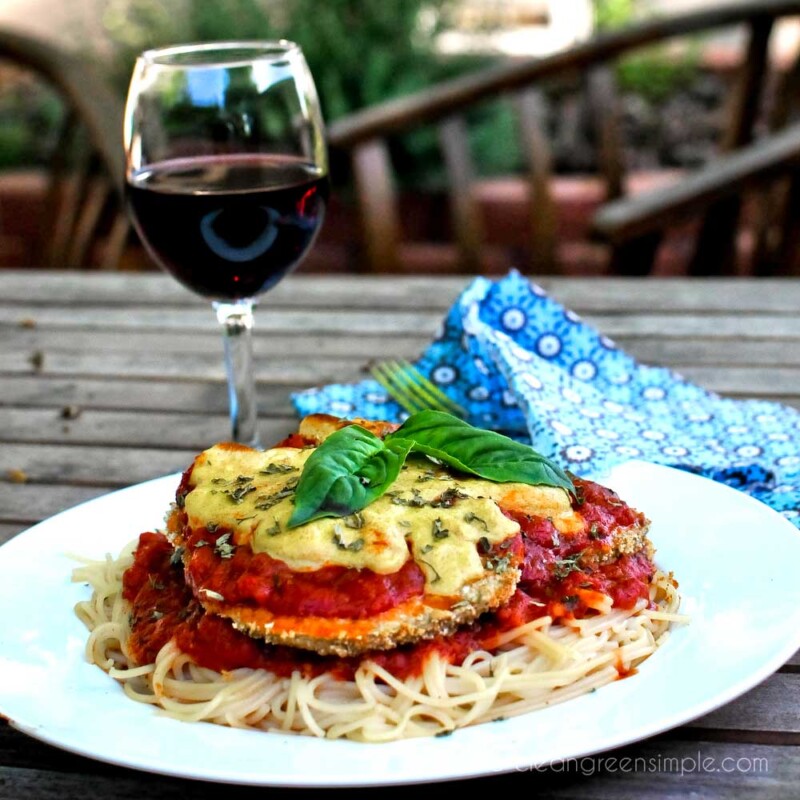 Sometimes when I make a recipe, I like the whole recipe pretty well, but a certain component strikes me as so awesome that I almost want to give it its own post. Such was the case with the eggplant cutlets in this eggplant parmesan. Hot dang, were they ever tasty. I’d love to use them in sandwiches, or on their own as a main dish, or wherever one might use chicken cutlets if one ate chicken.

Which isn’t to imply that the eggplant parmesan recipe wasn’t great – it was! I just thought I’d give a shout out to the eggplant cutlets because they came out really nicely and I wouldn’t want them to get ignored even though I forgot to get good pictures of them on their own. Seriously, try these sometime. 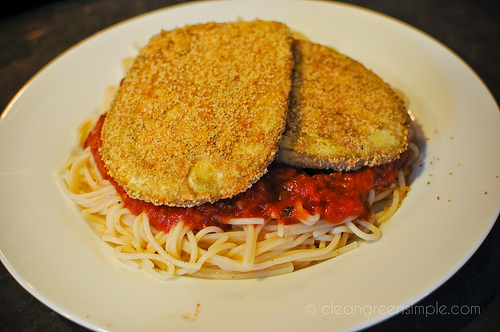 If you’ve ever made eggplant parmesan, this whole process should be pretty familiar – the only real difference between this recipe and the non-vegan version is that instead of shredding up some mozzarella and parmesan, you have to make your “cheese” in a saucepan, but that doesn’t take much time at all.

The first thing to do is to start your water boiling for your noodles, and get your marinara sauce simmering. Then peel and slice your eggplant vertically into cutlets, sprinkle it liberally with salt, and let them sit for about 20-30 minutes. 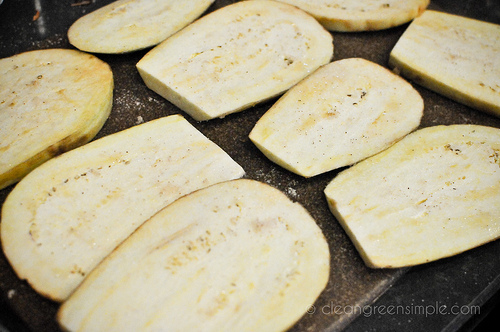 Then mix up some almond, soy, or whatever milk substitute you prefer with some brown rice flour and a couple spices and put it in a nice wide shallow dish (I recommend a pie pan, if you’ve got one around). 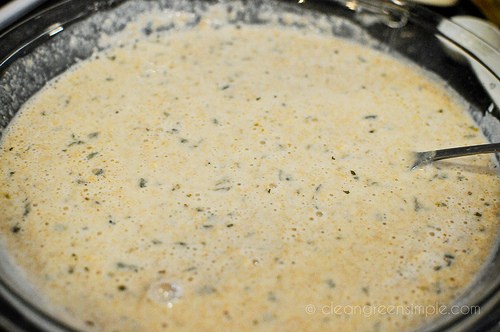 Once your eggplants are nice and sweaty (that sounds gross), rinse the salt off and dip them in this batter until coated. Then sprinkle them liberally with breadcrumbs and set them on a cookie sheet lined with parchment or a silicone mat. Bake them at 450 degrees for about 8 minutes per side until nice and crispy and remove from the oven. 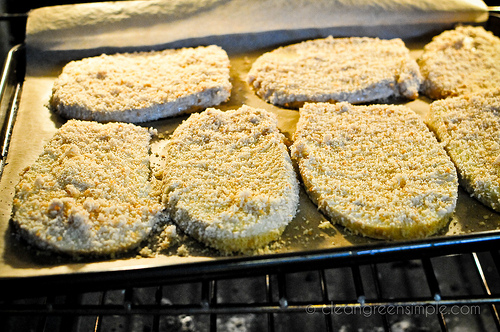 While those bake, you can boil your noodles and mix up your “cheese,” which is the same melty white cheese I use for my vegan, gluten free pizza recipe. Try to time everything so that the cheese and cutlets finish right around when the pasta is finished – the timing is the hardest part, but it’s not really that hard or that finicky so don’t stress about it too much.

Once everything is done, heat up the broiler and assemble your dish. If you have oven-safe plates, I recommend creating single-serving plates for a lovely presentation (they only get popped under the broiler for a couple minutes so it shouldn’t be too taxing on them) – if you don’t have oven safe plates just assemble it all in a casserole dish and slice into individual servings later. Either way, lay down your drained noodles, cover them in marinara sauce, top with eggplant cutlets, a bit more sauce, and your cheese mixture. Broil for just a couple minutes to get the cheesy sauce browned and bubbly, and serve! The plates will be hot so be careful with that. 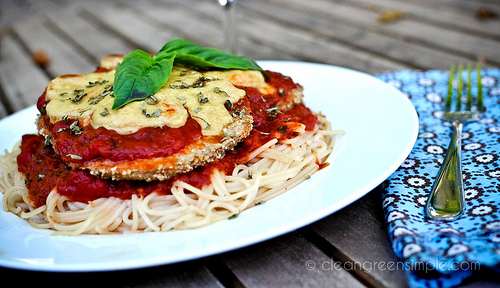 Not the simplest recipe in the world, but easier than lasagna! (That’s a good kitchen motto: “At least it’s easier than lasagna!”) If you want to save a step, it really doesn’t even need the “cheese” – obviously it wouldn’t be eggplant “parmesan,” then, but it’s really good and flavorful with just the cutlets, noodles and sauce. 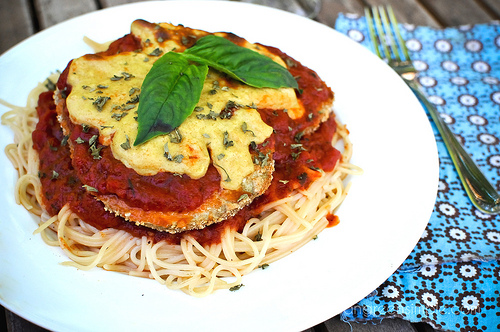 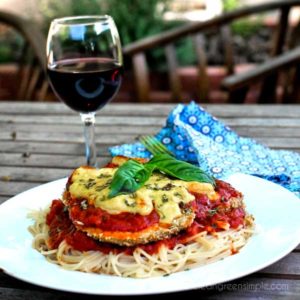 For the marinara sauce: 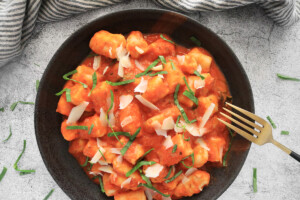 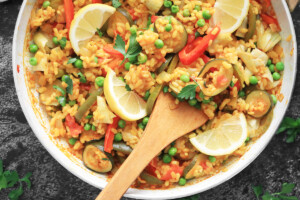 Brighten up your dinner menu with vegetarian paella. Enjoy the dish on its own or pair it with plant-based meat substitutes. 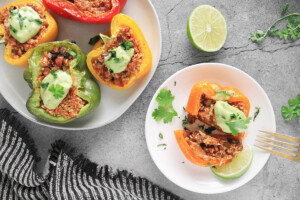 Cauliflower rice stuffed peppers are simple, delicious, and light. Cut back on refined carbs and fuel up on veggies with this healthy vegan recipe! 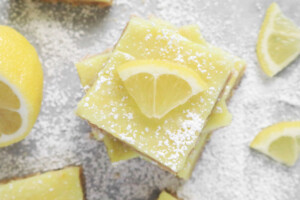